The multimedia giant's results were boosted by two new additions to the $1 billion box office club.

It's been a busy quarter for Disney (DIS -0.15%). Both Avengers: Infinity War and Incredibles 2 generated more than $1 billion in worldwide box office, joining a roster of only 36 films to achieve the milestone. Additionally, Black Panther added to Disney's coffers, becoming just the third film in history to surpass $700 million in domestic ticket sales.

The quarter wasn't just about the blockbusters, though. The company prevailed in a bidding war with Comcast in its quest to buy certain assets of Twenty-First Century Fox, as the cable giant announced it would no longer continue its pursuit.

With the drama surrounding the acquisition of Fox mostly in the rearview mirror, Disney investors turned their attention to the company's financial results. 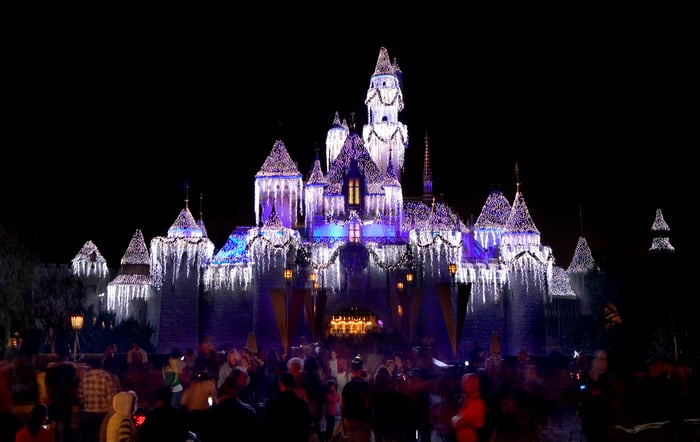 For the just-completed third quarter, Disney reported revenue of $15.23 billion, up 7% year over year but lower than analysts' consensus estimates for revenue of $15.49 billion. Net income grew 23% compared to the prior-year quarter, generating adjusted earnings per share of $1.87, an increase of 18% year over year, but also missing analysts' expectations for $1.97.

Increases in Disney's media networks segment revenue were driven by higher revenues from affiliates, but operating income was flat at $1.8 billion. Disney continues to invest heavily in its BAMTech streaming platform after the recent launch of ESPN+ and the anticipated debut of its namesake streaming service late next year. As a consequence, the company incurred higher content and marketing costs associated with the introduction of the sports streaming service.

Parks and resorts continued its impressive run this year despite unfortunate timing for the Easter holiday. Operating income of $1.3 billion increased 15% compared to the prior-year quarter, driven by increased guest spending, as well as attendance growth at Shanghai Disney Resort and Hong Kong Disneyland Resort.

The company's studio entertainment segment saw the most impressive growth on the strength of the theatrical releases of Avengers: Infinity War and Incredibles 2 in the current quarter, compared to Guardians of the Galaxy Vol. 2 and Cars 3 in the prior-year quarter. Operating income at the segment was up 11% year over year to $708 million, as the company took impairment charges related to animated films that it chose not to release.

The results at the consumer products segment declined year over year as toys from Spider-Man and Cars faded and Avengers products took up the slack.

"We're pleased with our results in the quarter, including a double-digit increase in earnings per share, and excited about the opportunities ahead for continued growth," said Robert A. Iger, Disney's Chairman and CEO.

The response to Disney's results was muted as investors digested the information. It's important to remember, however, that prior to the financial report, Disney's stock had gained nearly 14% in the past month alone as investors cheered Comcast's decision to bow out of the bidding war for Fox.

Disney has a long history of changing with the times, and the company seems poised to do it again.