A beat and a raise, what's not to like?

Shares of transplant specialist CareDx (CDNA 8.72%) jumped 13.5% on Friday after the company reported solid second-quarter earnings after the bell on Thursday, leading management to raise guidance for the year.

Revenue increased 48% year over year on the back of the company's AlloSure test, which launched late last year. AlloSure has been used by 76 U.S. transplant centers so far, and CareDx estimates that 1% of U.S. kidney cancer patients are using a test that measures cell-free DNA, which is a sign of kidney injury.

CareDx's GAAP loss was larger than the year-ago quarter, but that was mostly due to changes in the value of common stock warrants and derivatives and an increase in stock-based compensation. Looking at adjusted earnings that backs out those and other items, CareDx's loss was $1.3 million, less than the $3.6 million it recorded in the year-ago quarter. 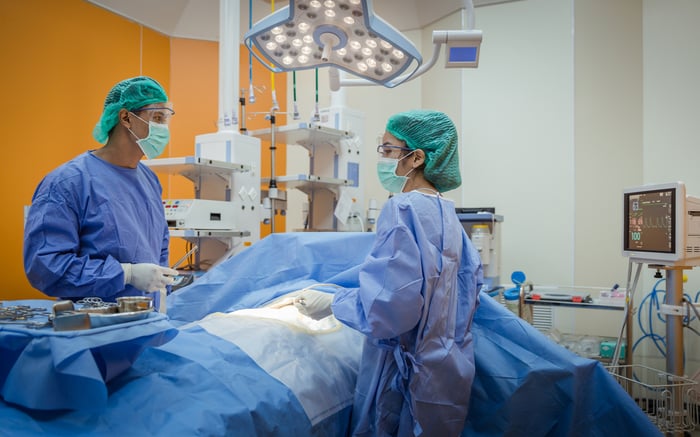 With a solid growth in the first half of the year, management felt comfortable increasing its revenue guidance to a range of $68 million to $70 million from previous guidance of $64 million to $66 million.

CareDx thinks it'll be profitable on an adjusted EBITDA basis during the second half of the year. Eventually, the company will need to start showing a profit the way everyone else calculates earnings, but adjusted EBITDA profitability is a good first start.

To help drive revenue further, CareDx signed a deal with Illumina (ILMN 5.95%) in May to sell Illumina's TruSight HLA Sequencing Panels that are used in transplantation diagnostic testing. As part of the deal, CareDx got the rights to develop its own products using Illumina's next-generation sequencing technology.