Write off this emerging technology shift at your own risk.

The Internet of Things (or IoT) is used as a catch-all phrase these days for any device or system that is now connected to the Internet, which wasn't before. You've seen the IoT at work if you've ever seen an Apple Watch, a Nest thermostat, or Amazon's (AMZN -8.43%) Echo smart speaker.

IoT skeptics may view these devices as gimmicks at worst, or just useless tech at best. But the IoT has massive potential that investors may not see unless they look closely. That's because the IoT is also transforming how cities are run, changing how our vehicles will use data, and helping to generate more revenue for companies like Amazon every single day. 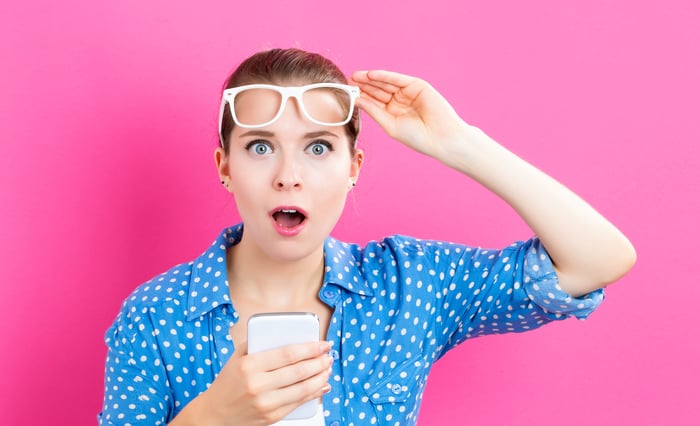 Smart-city technologies -- which include connected parking meters, air-quality sensors, smart streetlights, etc. -- are beginning to gain traction around the world and could create a $2 trillion market by 2025, according to research by Frost & Sullivan.

"Asian megacities, with their young populations of digital natives and big urban problems to solve, are achieving exceptionally high adoption."

China, specifically, is taking the lead in this space -- and in artificial intelligence and AI as well -- and as of earlier this year, it had 500 smart-city pilot programs up and running. The country will reportedly generate about $320 billion from smart cities by 2025.

Smart speakers are gaining traction among consumers, and eMarketer estimates that sales of the devices will grow from 16 million in 2016 to 76.5 million in 2020. Amazon's Echo and Alphabet's (GOOG -3.29%) (GOOGL -2.75%) Google Home devices are the two most popular smart-speaker lineups right now, and they're fueling a mass adoption of home connectivity.

Amazon currently holds about 66.6% of the smart speaker market in the U.S., with Google taking about 29.5%. Amazon is expected to hold onto that lead with at least 60% of the market in 2020, and Google gaining a few percentage points, according to eMarketer.

It's clear that Amazon and Alphabet will be the big winners in the consumer IoT space. That's because these companies not only benefit from the hardware sales from their smart speakers, but also from subsequent sales that are made through the devices themselves. Amazon Echo owners spend about $400 more each year than Amazon's lucrative Prime members. Users can easily order products using voice commands through the Echo's digital assistant, Alexa, and this is shaping up to be a huge revenue opportunity for Amazon. RBC Capital estimates that Alexa-related sales will climb as high as $11 billion by 2020. 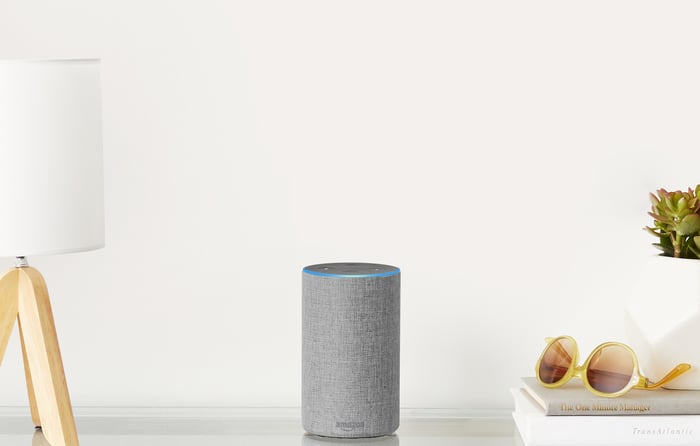 3. Connected vehicles will create up to $750 billion over the next decade

Internet-enabled vehicles have been around for years and are becoming more prevalent. Between now and 2022, an estimated 125 million connected passenger cars will be shipped worldwide, according to Counterpoint Research.

All of this connectivity has enormous potential to create new businesses that automakers, companies, and insurance companies haven't tapped into yet. According to the McKinsey report, vehicle data will soon become a very lucrative business.

"Insurers, for example, should find that behavioral data from sensors embedded in cars provides them with much more direct information about an individual's driving patterns and risk than his or her educational attainment, age, or make of car. Gas stations and hospitality providers can buy top results in navigation systems and display targeted coupons, while retailers and other businesses could offer their customers ride-sharing trips."

McKinsey estimates that the value of vehicle data -- through cost-savings and new revenue streams -- could be as large as $750 billion by 2030.

General Motors knows first-hand the opportunity that vehicle data could bring. The company's OnStar connectivity system has been around for years, but it estimates that the business, combined with a few other GM services, could generate $1.5 billion for the company between 2017 and 2021.

The Internet of Things isn't going to be the same type of investment as other technology trends. It's not a bet on a new, single device or a patent that gives one company an advantage over another. But nearly every major tech company is doing something with the IoT right now -- and will continue to do so for years to come.

I think one of the best ways to benefit from the IoT is to find a company that's selling both hardware and services in this segment. There are plenty to choose from, but I think Amazon is one of the best right now. Not only does the company hold the lead in the smart-speaker space, but it's using the lead to generate more sales through its website.

Additionally, Amazon's digital assistant, Alexa, is being implemented into third-party devices as well, which means the company should continue to grow its IoT ecosystem even more in the coming years. The company also sells IoT services through its Amazon Web Services (AWS) cloud-computing service, which means it's also benefiting from developers and companies that are bringing their products and services to the IoT. When you add all of that together, it's clear that Amazon is quickly becoming a dominant force in the Internet of Things.