Shares have sold off almost 20% after reporting earnings -- is the Weight Watchers growth story over?

Weight Watchers International (WW 10.54%) may be the biggest turnaround story in the last few years. In 2015, the stock traded below $4 per share as Weight Watchers cut its profit forecast 50% below analyst expectations and instituted an $100 million cost-cutting plan.

In October of that year, the stock received a brief respite from bad news, receiving a vote of confidence from Oprah Winfrey. Shares rallied when it was disclosed the media mogul paid $43.5 million for a 10% stake in the company and joined the company's board of directors. The resulting rally has powered through 2018, pushing the stock to $80 per share while making Oprah hundreds of millions of dollars. 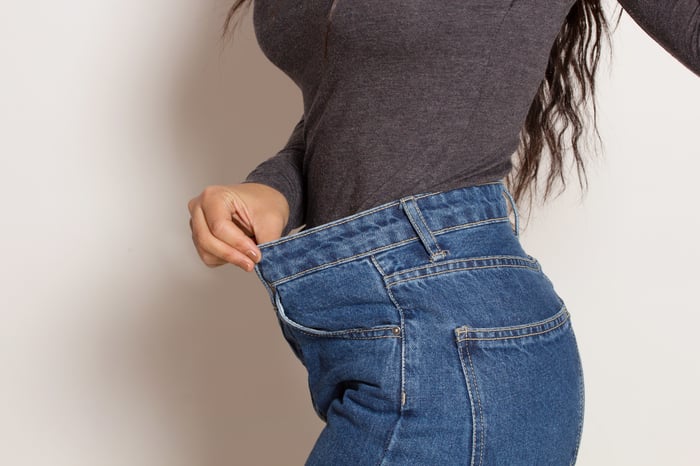 In the last month, however, the rally has reversed, with the sell-off picking up steam. After a three-year run, has Weight Watchers stock peaked?

By most accounts, Weight Watchers had a strong quarter. On a year-over-year basis, the company increased revenue by nearly 20% and earnings per share by 51%, both of which beat analysts' expectations. Although the latter figure was aided by lower tax rates, operating income margins increased, pointing to a leaner and more-efficient company.

However, investors were unimpressed and expressed concern regarding the company's subscriber figures: Although the total increased significantly over the prior year, moving up by 29%, it narrowly missed expectations of 4.6 million.

While we at The Motley Fool avoid technical analysis, it's notable that the company's market capitalization of $6 billion appears to be a psychological barrier. Whenever the company has approached the figure, or briefly surpassed it, it sells off soon thereafter. The question investors should ask is if today's Weight Watchers is a better company than it was at those periods. 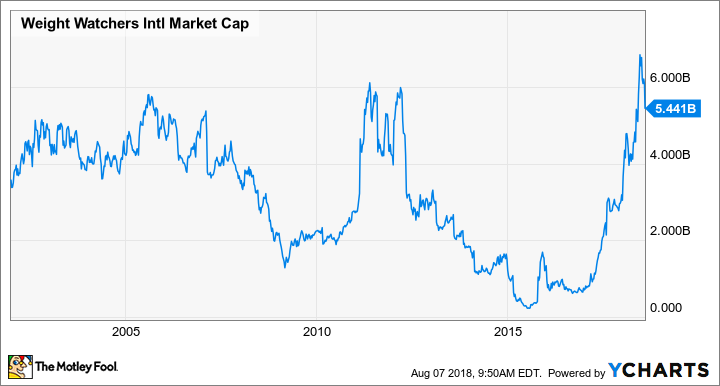 Simply put, yes, it is a better-run company. From 2005 to 2015, the company went on a debt-fueled stock buyback binge, which allowed it to mask declining operational performance with increased earnings per share.

For example, in 2014, the company reported $1.74 per share in diluted earnings, which was narrowly higher than the $1.67 it reported in 2005. However, net income fell from $174 million to $99 million, and the gains were all on reduced share counts. The next year, the bottom fell out and forced the company to improve.

So has Weight Watchers peaked?

Weight Watchers has more going for it operationally than in years past. In addition to its nonsensical buyback plan, the company had become overly wedded to the in-person meeting model and missed the shift away from scale weight to total wellness.

More recently, the company has improved considerably on both fronts by investing in its online capabilities and app experience while changing the program's underlying focus on holistic health. Additionally, the company is now looking to broaden its subscriber base to include more men.

Although the company is more expensive than the greater market at 25x forward earnings, valuations have narrowed considerably with the share  price decline and as the company and analysts continue to increase forward earnings estimates. It's likely Weight Watchers still has room to run -- but those major gains will be much harder to come by as investors transition to a "wait-and-see" mindset.

Is It Time to Take Profits on Weight Watchers?
405%