For starters, the law may stand in the way of at least one of the CEO's promises.

Well, now we know: Elon Musk's tweet in which he said he had "[f]unding secured" to take Tesla (TSLA -7.41%) private was probably an exaggeration, but it wasn't exactly a bluff.

In a long post on Tesla's blog on Monday morning, Musk shared more details about the potential deal and confirmed that it was Saudi Arabia's sovereign wealth fund he had in mind when he posted his fateful tweet last Tuesday.

But that post also clarified that this deal, such as it is, is in the very early stages -- and nothing is confirmed, much less "secured." 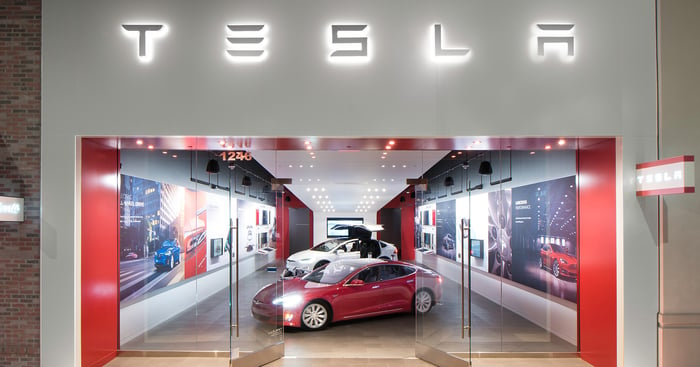 The chain of events, according to Musk

The blog post gives us a lot of new information, starting with Musk's version of the chain of events that led to his tweet.

Here's the timeline, as Musk tells it:

Long story short: The funding wasn't really "secured" on Aug. 7, and it isn't secured now. The deal is still a long way from happening. But Musk arguably had reason to believe that funding would be available, subject to due diligence, when he tweeted on Aug. 7.

So will this happen?

One problem: The law limits the number of investors

There's little doubt that the Saudi fund has the money to make this happen. The question is whether Musk, Tesla's board, (a majority of) Tesla's shareholders, and the fund can come to terms on a deal.

Obviously, much will turn on the fund's appetite for risk once its analysts take a close look at Tesla's dicey balance sheet. But even assuming that those analysts give a thumbs-up, coming up with a deal that makes all of those stakeholders happy could be harder than you might think.

Musk said on Aug. 7, and again in today's blog post, that he envisions a deal in which all of Tesla's shareholders would be invited to participate, because he wants Tesla "to continue to have a broad investor base." (A less charitable observer might conclude that he wants to make sure that no shareholder is big enough to wrest control away from him.)

He also said that as of right now, he estimates that about two-thirds of Tesla's shares would roll into a privatization deal. That would limit the capital needed: At $420 per share, it would take a little under $24 billion to buy a third of Tesla's shares outstanding.  And he clarified that the plan would be for the Saudi fund to buy those shares -- Tesla won't take on debt to do this deal.

Under the Securities Exchange Act of 1934, a company is required to register its equity securities if:

Is your income over $200,000 (or $300,000 including your spouse)? Has that been true for three years? Alternatively, do you have a net worth of over $1 million excluding the value of your primary residence?

Anyone who can't say "yes" isn't an accredited investor, and a private Tesla won't be able to take more than 500 of them.

This could be a big sticking point

I expect that limit will be a subject of considerable and probably heated discussion in coming weeks. The key words may turn out to be "of record": Could Tesla set up something like a mutual fund as a single shareholder of record, and offer it to non-accredited investors?

Expect that, and many other questions, to be hashed out in public in the coming weeks.