Sales continue to grow, but keeping up to date with this fuel-cell leader requires more than checking in with one metric.

Plug Power (PLUG -1.49%) recently released its Q2 earnings. Reporting a $0.12 loss per share adjusted for non-recurring items, the company came up short of analysts' expectations of an $0.08 loss. Although investors may have been shocked by the miss, there were some hopeful signs in the quarterly report.

Achieving its second-quarter guidance, Plug Power reported revenue of $39.9 million, excluding customer warrants. The 75% year-over-year increase on the company's top line was largely attributable to the greater sales volume of GenDrive fuel cells. And it leaves the company well positioned to achieve its annual revenue forecast: $155 million to $180 million. 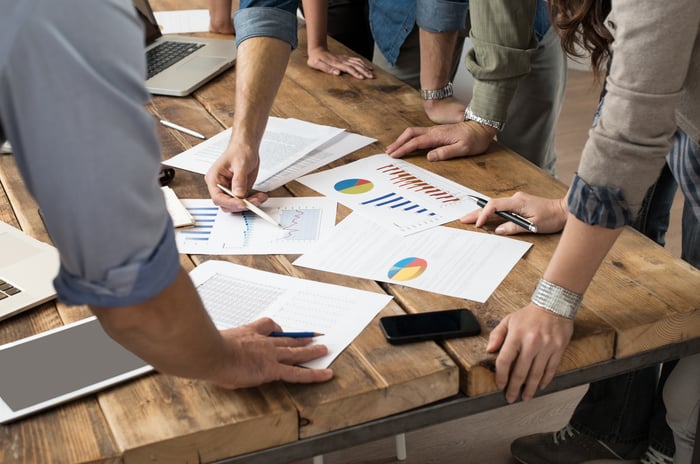 A more encouraging feature of Plug Power's income statement in the second quarter, though, was the success it has made in reducing expenses. In its Q1 letter to shareholders, management forecast a Q2 adjusted gross margin (which excludes customer warrants) of 3% to 5%. But Plug Power exceeded those expectations and reported an adjusted gross margin of 8.1%, a notable improvement over the negative 1.9% it reported during the same period last year.

Perhaps the most auspicious aspect of the company's revenue last quarter was the fact that it reported a positive margin -- 0.9% -- on the services side of the business. With 18,000 GenDrive units under service or contract at the end of the second quarter, compared to 13,000 at the same point in 2017, Plug Power may be close to achieving economies of scale in its services business.

According to management, reducing service costs will play a significant role in growing its EBITDAS (earnings before interest, taxes, depreciation, amortization, and stock-based compensation) moving forward. But the company's success in this regard wasn't sufficient to help it achieve its quarterly guidance.

While Plug Power asserted in its letter to shareholders that its "priority and focus remain on building a profitable material-handling business," it's also working to expand its reach into other markets. For example, it has partnered with several companies that deal in airport ground-support equipment. And in May, Plug Power delivered its first fuel-cell electric van for on-road use in North America to FedEx, which logged more than 7,000 miles with the vehicle through the end of Q2. 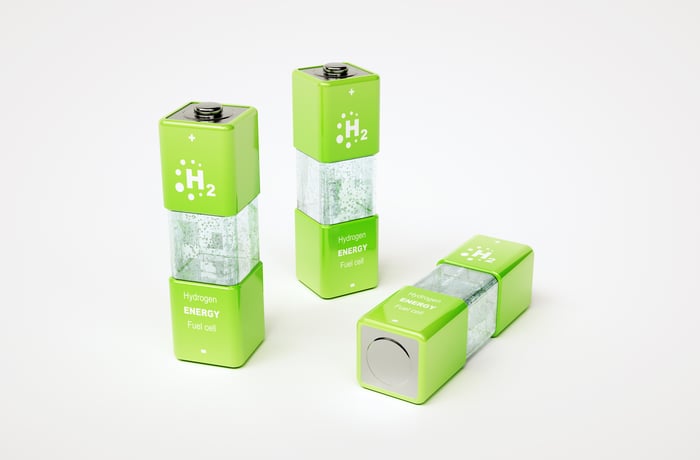 Further proving its commitment to expanding beyond forklifts and the like, Plug Power went shopping in the second quarter and added to its knowledge base for on-road applications by acquiring technology from American Fuel Cell (AFC). Specific financial terms of the acquisition weren't revealed, but Plug Power reported in its 10-Q that it will pay AFC, a developer of membrane electrode assembly technology, up to $2.9 million in milestone payments by April 2021.

Although Plug Power made inroads into the electric vehicle (EV) market during the second quarter, it had little to report on its progress in China. Management recognizes China as a significant market opportunity since the nation intends, by 2030, to have 2 million hydrogen fuel cell EVs on its roads and 1,000 refueling stations in service. In pursuit of expansion into China, management seeks a long-term partner that, among other things, provides strong market access. Although management reported that it hasn't found a partner, it did state that the "process is progressing," and it "intends to move forward only when and if it believes the timing and opportunity are beneficial to Plug Power and its shareholders."

Growing the top line and expanding the gross margin are two of Plug Power's achievements in the second quarter that could have electrified shareholders' enthusiasm; however, the underperformance regarding EBITDAS surely tempered the excitement. In the months ahead, investors should be keenly focused on whether the company is able to continue its gross margin expansion, specifically regarding its service business -- a potential pathway toward profitability.