The stocks that Warren Buffett's Berkshire Hathaway is selling might surprise you.

Warren Buffett's Berkshire Hathaway (BRK.A 0.05%) (BRK.B -0.03%) manages a staggering $200 billion, and while Buffett is best known for his own-it-forever stock-picking approach, he's not afraid to sell companies when he feels his money can be best put to use elsewhere.

Because Berkshire Hathaway's so big, it tends to own huge stakes in companies that take months to unwind, so the prospect of being on the wrong side of an investment Buffett's soured on isn't a pleasant one. Fortunately, the stocks Berkshire Hathaway is selling are revealed every quarter in a 13F report it files with the Securities and Exchange Commission. According to its latest disclosure, Verisk Analytics (VRSK -1.77%), Phillips 66 (PSX -0.74%), American Airlines (AAL -0.59%), and United Continental (UAL -0.39%) all fell out of favor at Berkshire Hathaway last quarter.

Berkshire Hathaway was one of the founders of Verisk Analytics back in the 1970s, and it was the only founding member of the company to hold on to all its shares when Verisk went public in 2009. 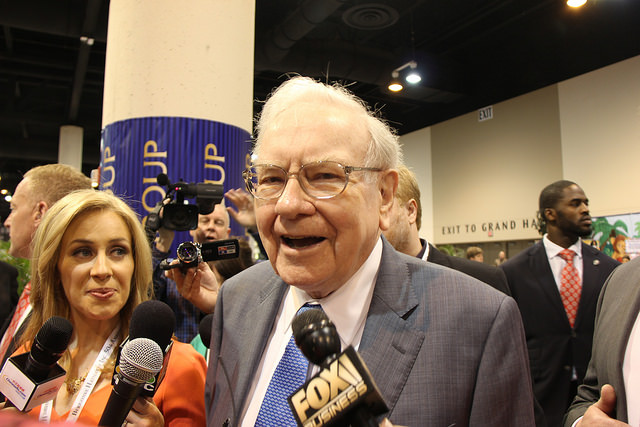 In the second quarter, that long history came to an end. As I detailed in May, Verisk Analytics fell to an ant-sized position for Berkshire Hathaway in the first quarter of 2018 and, sure enough, Berkshire Hathaway unloaded its remaining 284,778 shares last quarter.

Buffett's mum on why he decided now is the right time to sell, but the company's expansion into other markets that's reduced its reliance on property and casualty insurance clients like Berkshire Hathaway's GEICO could be a factor. It's also likely that Verisk Analytics rally to all-time highs this year made booking his gain too attractive. For perspective, the company IPO'd at $22 and its share price was recently north of $116.

The fact Verisk Analytics has marched higher despite Berkshire Hathaway selling its shares is intriguing and now that Berkshire doesn't have anymore shares left to sell, it will be interesting to see what happens next for this company's share price. In the past, stocks such as Walmart and IBM have ticked higher following Berkshire's exit. But Berkshire's stake in Verisk Analytics was markedly smaller than it was in those Goliaths and therefore Berkshire's selling likely wasn't much of a weight holding down Verisk's share price.

Nevertheless, it might be worth keeping an eye on Verisk Analytics because its sales and earnings are growing. In Q2, revenue rose 15% to $601 million, including 7% organic constant currency growth, and earnings per share increased 29% to $1.06.

Perhaps Buffett's decision to sell more shares in Phillips 66, an oil and gas transport, storage, refining, and marketing company, this quarter was most surprising. Berkshire Hathaway sold 35 million shares of Phillips 66 in Q1. However, that decision appeared to be prompted by a desire to reduce Berkshire's stake below 10% to reduce regulatory burdens.

The decision to sell was made even as Phillips 66 shares were hitting new highs and ahead of second-quarter financial results that beat industry watchers' estimates on both the top and bottom lines. Specifically, the company's revenue rose 21% to $29.7 billion and its diluted EPS skyrocketed to $2.84 from $1.06 in Q2 2017. Its refining business was its best performer, generating $910 million in net income, up from $224 million one year ago.

Often, significant selling of a stock by Berkshire Hathaway suggests its selling will continue. Because Phillips 66's refining capacity utilization was at 100% last quarter, oil prices are near their highs, and Phillips 66's stock has been rallying, now could be a good time to book some profit in this stock, especially since Berkshire still owns a lot of shares it could sell. 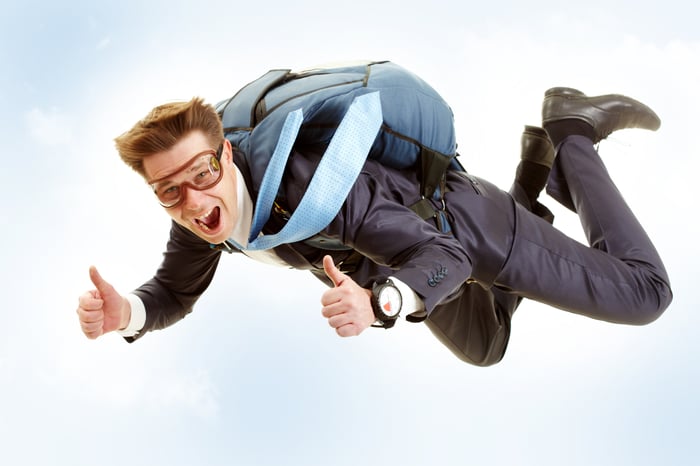 Berkshire Hathaway bought a slate of airline stocks when it first included them in its portfolio in 2016, but recently, Buffett's been increasing his exposure to Southwest Airlines (LUV -0.91%) and Delta Air Lines (DAL 0.15%) and reducing Berkshire's holdings of American Air and United Continental.

Rising jet fuel and nonfuel costs have dented the industry's profit margins in the past year and American's and United Continental's 9% operating margins significantly trail Southwest's and Delta's. American arguably has one of the least favorable balance sheets of the four because of a heavy debt load and worry costs could continue pressuring profit have made it a poor performer this year. Alternatively, United Continental's share price has rallied nicely in 2018, particularly following its second-quarter financial results. In the quarter, United Continental offset more of its costs with rising revenue per average seat mile than anticipated, prompting management to up its full-year adjusted earnings-per-share guidance to at least $7.25 from at least $7 previously.

Warren Buffett's preference for Southwest and Delta Air could indicate he's settled on those two as his favorite plays in the industry, and if so, investors might want to consider selling some of their shares in American and United Continental. As of June, Berkshire Hathaway still owns 26.7 million shares in United Continental and 44.7 million shares of American Airlines, so if he continues to unwind those positions, it could present a stiff headwind for their share prices.

7 Dividends That Have Doubled Quickly
413%