Shares of Yirendai (NYSE:YRD) tumbled 70% over the past 12 months due to ongoing concerns about China's peer-to-peer (P2P) lending market. Yirendai was China's largest P2P lending platform, facilitating loans between customers who were underserved by traditional banks.

At first glance, Yirendai's growth numbers look explosive. It posted 50%-70% year-over-year sales growth over the past three quarters, and consistently generates double-digit non-GAAP net income growth. Those are stellar growth rates for a stock that trades at just four times this year's earnings. 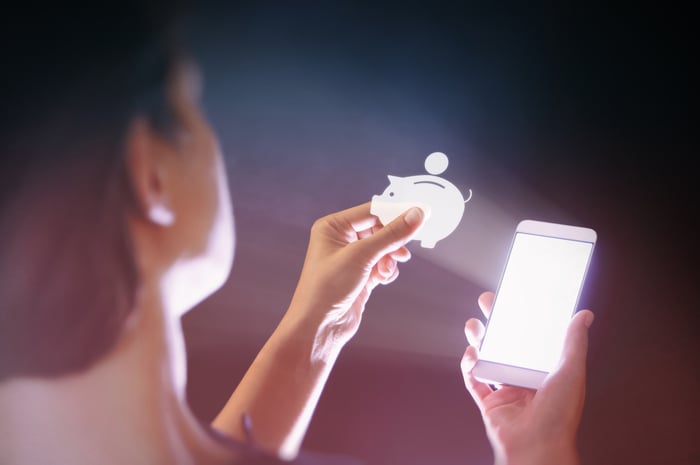 However, Yirendai's stock trades at bargain bin levels for some troubling reasons. Let's examine the major headwinds that are throttling its growth.

P2P lending platforms are inherently risky: They take money from investors and lend it to borrowers who might struggle to secure loans from regular banks. Investors are drawn to the platform's promise of high interest payments, while borrowers are eager to take out loans with fewer questions asked.

Simply put, these are subprime lending platforms which feed off higher interest rates for lower-grade loans. Yirendai ranks its loans with "grades" between I and V. Grade I loans are considered "mostly prime," while grades II, III, IV, and V are all subprime.

During Yirendai's first quarter, Grade I loans only accounted for 8.8% of its loan portfolio. Grade II were 25.4%, Grade III 25.5%, Grade IV 28.1%, and Grade V 12.2%. Yirendai generates the highest transaction fees from the lowest grade loans, but that's a double-edged sword -- they're also the most likely to default.

That caginess might have something to do with CreditEase, a Chinese fintech firm that owns a majority stake in Yirendai. Several reports over the past year claimed that CreditEase could be using Yirendai as a dumping ground for its worst loans.

Lax regulation of P2P lending businesses caused the number of platforms to peak at roughly 3,500 in 2015, but about half of those platforms subsequently collapsed. Several platforms were exposed as Ponzi schemes, in which companies covered up delinquent loans by paying interest out of other investors' pockets.

Last month, Citi analysts Daphne Poon and Judy Zhang estimated that 73% of those failures were due to liquidity issues. They also predicted that fewer than 200 of China's P2P platforms could survive the sector's eventual meltdown.

The Chinese government has tightened its P2P lending regulations by capping the maximum amount that could be borrowed per individual and capping interest rates for subprime loans. Regulators recently revealed a new list of policy measures, which include banning the creation of new P2P lending platforms, increasing penalties for fraudulent businesses, establishing compensation plans for shareholders in bankrupt firms, and making it easier for consumers to lodge complaints. 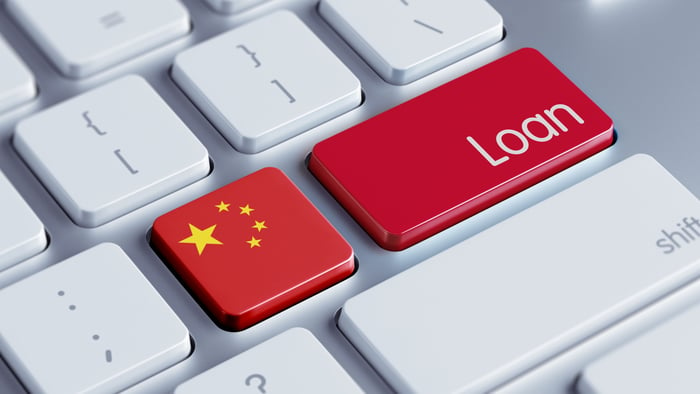 China's P2P lending industry remains bigger than the rest of the world's P2P lending markets combined, with outstanding loans of about 1.49 trillion RMB ($218 billion). If more of those loans go unpaid, it could potentially destabilize China's economy.

Analysts expect Yirendai's  revenue to rise 38% in the second quarter, but for revenue growth decelerate to 12% in the third quarter. The company's earnings are expected to decline year-over-year during both quarters.

The reason is simple: growing public backlash against P2P lending platforms likely will cause lenders to shun Yirendai, resulting in fewer funds for borrowers. Meanwhile, new regulations will reduce the amount of loans that can be secured per customer and will cap the fees Yirendai can charge.

Additionally, Yirendai faces tough competition in the P2P lending space from smaller rivals, as well as bigger players like Alibaba's affiliate Ant Financial. Ant arguably has a better reputation than Yirendai because it holds major tech partnerships with traditional banks and owns Alipay, the top mobile payments app in China. Because it's backed by Alibaba, Ant can also afford to charge lower transaction fees to boost its market share.

A dangerous investment with deceptive valuations

Yirendai is a great example of a stock that looks deceptively cheap relative to its past growth. I'm not saying that Yirendai is headed to zero, since it could benefit from the collapse of other P2P lending platforms, but it's sitting at the epicenter of an earthquake that could shatter the foundations of its core business. Investors should tread lightly.

Yirendai Looks Like an Undervalued Growth Stock, But It Isn’t @themotleyfool #stocks $YRD Next Article
Current