Please ensure Javascript is enabled for purposes of website accessibility
Log In Help Join The Motley Fool
Free Article Join Over 1 Million Premium Members And Get More In-Depth Stock Guidance and Research
By Keith Noonan, Daniel Miller, and Leo Sun - Jan 11, 2018 at 6:03AM

Yirendai, Criteo S.A., and Changyou.com offer great growth prospects for your portfolio at a relative discounts.

If you're attempting to build a portfolio that generates market-beating returns, your success typically will hinge on your ability to find stocks trading at good prices relative to the growth the underlying businesses can deliver. With that in mind, we asked three Motley Fool investors to each profile a company that has a low valuation now compared to its earnings-growth potential. They identified Yirendai (YRD -7.22%), Criteo S.A. (CRTO 2.77%), and Changyou.com (CYOU) as strong contenders trading at attractive discounts. 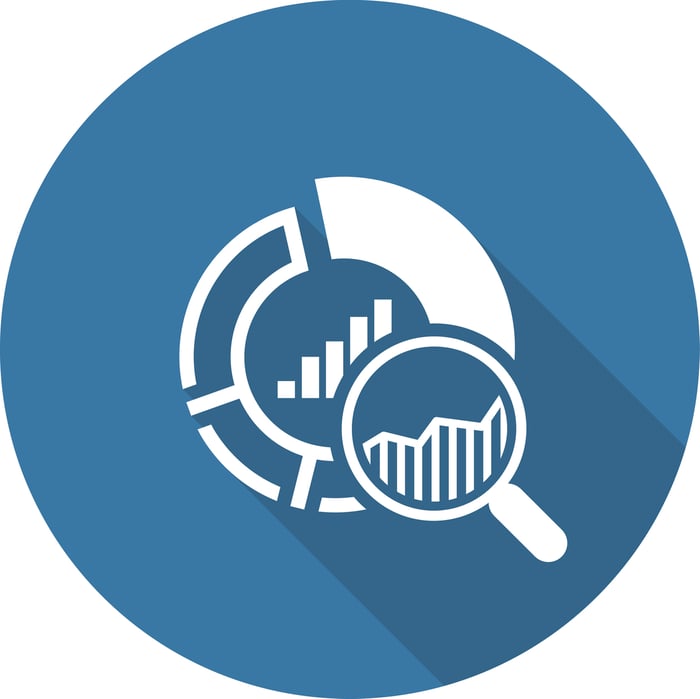 Can it crack the code?

Daniel Miller (Criteo S.A.): Finding a cheap growth stock is no simple task; most trade at lofty valuations because investors pay a premium for the expectation of soaring revenue. But occasionally, a rapidly growing company will hit a speed bump, providing investors a chance to jump in at less pricey levels. Criteo S.A. -- now trading at 11 times expected forward earnings, per Morningstar.com estimates -- is such an opportunity.

Criteo is a leading tech company in the digital ad market; its engine allows clients to launch multichannel advertising campaigns. But it got whacked last month when Apple launched a new version of iOS and its Safari web browser with a feature called "intelligent tracking prevention" that hindered its ability to reach Safari users. Management says it expects this problem to take a 22% or so bite out of 2018 revenue -- which definitely spells trouble for this growth stock.

Up until that point, Criteo had been performing well. It boasts a strong client retention rate of around 90%, and its adjusted EBITDA and free cash flow grew by 45% and 43%, respectively, during Q3 2017. But despite its impressive growth prospects, the investment thesis for it now comes down to whether or not you believe in the company's ability to circumvent the intelligent tracking prevention issue. Its efforts to develop an alternative way to reach Safari users -- and one that benefits both users and advertisers -- are still in the early stages. However, if the company finds a solution, Criteo will again be a great growth stock, and today's valuation will look like a bargain.

Keith Noonan (Changyou.com): Even among the most enthusiastic of American video game players and industry watchers, you probably won't find many who have heard of Changyou. Given that its titles cater to the Chinese market, and have never made much of a splash here, that's not surprising. But that lack of initial familiarity shouldn't deter investors from looking into a company that could turn out to be a great long-term investment.

Changyou's stock trades at just 10 times forward earnings estimates and three times forward sales, and it's positioned to benefit from powerful tailwinds. Niko Partners estimates that 44% of Chinese citizens currently play video games, and expects that figure to rise to 54% by 2021. Meanwhile, Research and Markets projects that growth in the number of Chinese gamers will help propel the value of that country's mobile games market from $8.1 billion in 2016 to $14.4 billion in 2021. That growth is already propelling Changyou ahead: It registered an 86% year-over-year increase in its active mobile user base last quarter and a 28% increase in profits, and it's still in relatively early phases of developing content for smartphone and tablet platforms.

The company also runs a cinema advertising business, which grew 24% year over year last quarter and accounted for roughly 14% of revenue. With China on track to become the world's largest film market in the next several years, Changyou's core businesses are set to profit from multiple rising tides in the country's entertainment industry. And investors have an opportunity to buy a stock with big growth potential at a deep-value discount.

Leo Sun (Yirendai): Yirendai is China's first peer-to-peer online lending platform. The Chinese P2P lending market blossomed in the late 2000s, catering to  customers who were underserved by traditional banks, and is worth about $60 billion today.

Analysts expect Yirendai's revenue and earnings to rise 74% and 14% respectively this year, followed by 43% revenue growth and 41% earnings growth next year. Yet the stock trades at just 14 times earnings, compared to an industry average of 26 for credit service providers. Based on those numbers, Yirendai looks likely an undervalued growth stock. But there are some obvious reasons why investors are discounting it.

First, Yirendai is a subprime lender. Just 1.7% of its loans were rated as prime "Grade A" last quarter. Another 8.7% were Grade B, and 14.1% were Grade C -- but 75.5% were rated Grade D. Yirendai collects higher fees from lower rated borrowers, but its business could collapse if its delinquency rates rise.

The company only discloses delinquency rates for loans past due by 15 to 89 days, and that rate came in at a low 1.8% last quarter. But it doesn't report any data on loans delinquent for over 90 days. There are also reports that CreditEase, which owns a majority stake in Yirendai, actually uses it as a "dumping ground" for its worst loans.

Chinese regulators are also cracking down on P2P lending platforms and placing tighter caps on maximum loans. In addition, the market is flooded with rival platforms with competitive transaction fees. All these issues could prevent Yirendai from hitting Wall Street's lofty estimates.