Amazon.com (NASDAQ:AMZN) and CEO Jeff Bezos haven't shied away from acquiring brick-and-mortar businesses, and the next big deal could be coming soon to a movie screen near you. Bloomberg is reporting that the leading online retailer is one of the bidders for Landmark Theatres, the Mark Cuban-bankrolled multiplex chain with 53 theaters covering roughly 255 screens in 27 different markets that was put up for sale four months ago.

On the heels of last year's $13.7 billion deal for Whole Foods Market, it's fair to say that anything is possible when it comes to Amazon, especially if the business can serve a greater purpose in advancing the dot-com giant's dreams of dominance. Amazon would have to outbid other interested parties -- and the "people familiar with the situation" sourcing the news would have to be spot-on -- but it makes sense the more you think about it.

Let's go over what Amazon could do if it did snap up the small yet popular art-house exhibitor. 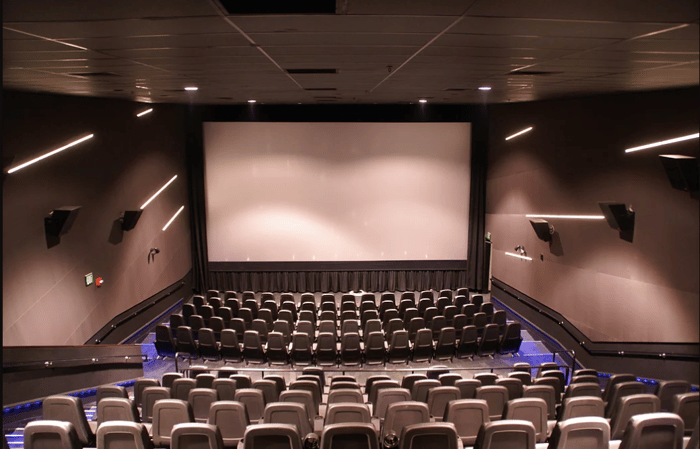 1. It would gain more street cred in Hollywood

Amazon is no stranger to movies -- and not just selling them physically, as it has for more than two decades, and digitally, as it has for nearly the past decade. Amazon has been making movies or, at the very least, signing on as co-distributor for several indie films. It even took home a couple of Oscars for Manchester By The Sea last year.

Owning theaters would also mean having access to distribution. Landmark is a relatively small fry in this space. Its portfolio is a rounding error pitted against leader AMC Entertainment (NYSE:AMC) with its 11,000 screens across more than 1,000 locations. However, it's one more way that striking a deal with Amazon Studios will be beneficial for moviemakers.

One of the earliest switches flipped following the Whole Foods deal was tethering it to Prime, Amazon's loyalty shopping program with tens of millions of premium users. It wouldn't be a surprise to see Amazon Prime accounts get price breaks on movie tickets, access to advance screenings, and special deals along the way. You just know it would be part of Prime Day next summer.

The love would go both ways, too. Landmark Theatres would also likely recruit Amazon Prime memberships. Non-Prime moviegoers who may not know about Prime, or have balked on the value proposition in the past, may revisit the program once they see all of the perks and swag being made available. Tying Prime back to the first point, it would also go without saying that Amazon would do a better job of promoting Amazon Studios' releases to its base if it also owned dozens of movie theaters.

3. Beating MoviePass and AMC in the subscription game

Helios and Matheson Analytics' (OTC:HMNY) MoviePass has gone from 15,000 members to 3.2 million over the past year. AMC Stubs A-List was able to nab more than 180,000 members in its first month since this summer's launch. Movie subscription plans are all the rave, and now we can potentially see Amazon disrupting the disruptors.

Helios and Matheson is in dire financial straits, and MoviePass will likely fade in popularity as it makes cash-preservation changes to the service. It lost a lot of money in its latest quarter, and just a third of its user base has signed on to the new plan that limits access to movies in more ways than one. AMC's program is far more sustainable, and it's that model that Amazon could upend with even more aggressive pricing and deals on high-margin concessions.

Movie theater snacks and beverages are overpriced, and -- let's face it -- boring. AMC has tried to beef up its food offerings and opened themed bars at some of its high-profile locations, but it's really just scratching the surface.

Amazon would be all over this, and I'm not just talking about offering up some healthier snack options via Whole Foods. Amazon could reshape the merchandising aspect of the concessions niche. It could also work with its Prime Now arm to time orders for non-movie merchandise placed before a film starts to arrive by the time the final credits roll. You will likely be spending a lot more money at an Amazon-owned theater than you did before, and you probably won't mind.

5. Research is a game-changer

It's not a surprise to see Netflix and Amazon land so many hits for their streaming platforms. They have the kind of data on consumer viewing and rating trends that Hollywood would love to possess. Amazon knows the consumer, and while that will give it a leg up in how it runs and slots films at a movie theater, that data also flows both ways.

There is a difference between what folks will binge for free and what they will be willing to pay for on a super-sized screen. Amazon owning Landmark Theatres would be a crash-course on that front, and the market research doesn't have to end there. Amazon can screen pilots -- in a more compelling event-driven platform than it does now in its streaming format -- to gauge which ones it green-lights.

One could also argue that Amazon will be able to beef up the local and national ads it screens before movies or in displays throughout the multiplex, possibly curated for the actual audience if it has enough data points on a certain screening's viewers. However, we're getting ahead of ourselves, here. Amazon needs to actually be a potential bidder for Landmark -- and win -- for all of these things to go into motion. Amazon's Hollywood ending could be the industry's new beginning.