Losses at Hulu are on track to double year over year, and Disney will soon have a 60% stake.

Walt Disney (DIS -1.11%) will own a 60% stake in Hulu after it closes its acquisition of Twenty-First Century Fox (FOXA) (FOX). In May, the streaming video service announced that it had 20 million subscribers, up from 17 million in January. But despite that strong subscriber growth, it's still racking up significant losses for its owners.

Based on financial disclosures from Fox and Comcast (CMCSA -0.26%) -- another 30% stakeholder in the business -- Hulu is on pace to lose between $1.3 billion and $1.6 billion in 2018, according to some rough math published by CNBC's Sara Salinas. The Hulu-related losses reported by Fox and Comcast doubled year over year last quarter.

Disney doesn't break out Hulu's impact on its bottom line, but management has noted "higher losses at Hulu" in each of the last two earnings calls. If losses keep piling up at Hulu, it's easy to see the streaming service negatively impacting Disney's bottom line to the tune of $1 billion or more in the year after the Fox acquisition is completed. But there's no reason to panic. 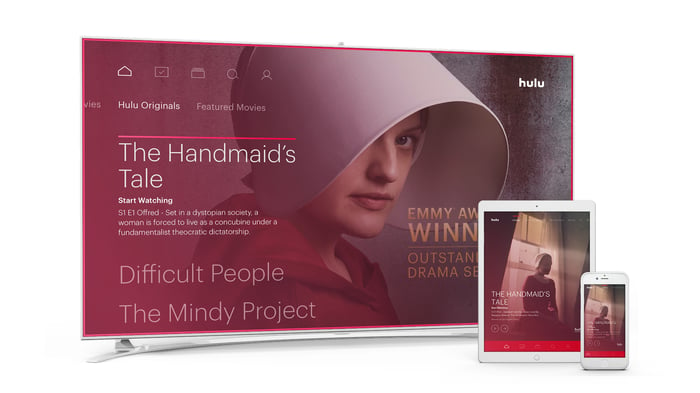 Why Hulu's losses are doubling

Hulu's losses are increasing steadily. In 2015 -- when Comcast owned 33% of the streaming service -- Comcast reported a $106 million loss related to Hulu. The loss ballooned to $276 million as of last year. Hulu has already lost $238 million for Comcast through the first half of 2018.

Disney says the losses are higher because Hulu is investing in content, marketing, and labor. Hulu has been creating originals since 2013, but the number of titles and their quality continue to increase. Hulu's The Handmaid's Tale won the Emmy for best drama, besting Netflix's (NFLX 3.55%) three category nominations. It seems that Hulu has taken that as a green light to start producing more titles that could garner critical acclaim and to ramp up its marketing machine to get the shows in front of the necessary award academies.

Hulu also launched a "skinny bundle" of live television channels last year. The launch required increased marketing spending (including free trials) and the content costs are relatively high. That said, Hulu likely pays for most of its live-TV content on a per-subscriber basis.

This approach seems to be working. As mentioned, Hulu added 3 million net new subscribers between January and May. That's after adding just 5 million subscribers from May 2016 to January 2018. The prestige of having the best drama on "television" has done a lot to attract subscribers at a faster rate, and Hulu is doing what it can to replicate that success and capitalize on its momentum.

If this sounds familiar, it's because that's exactly what Netflix has done over the last six years. After finding critical acclaim with House of Cards, it supercharged its production budgets and started working on lots of originals that could appeal to the critics. A good chunk of Netflix's marketing budget goes toward getting its shows and films in front of the award academies.

No one can argue with the success of the strategy. Netflix has grown from 27 million U.S. subscribers at the end of 2012 to 58 million today.

Disney could add something extra to Hulu

Disney has been fairly clear about how it plans to position Hulu as it ramps up its over-the-top efforts. ESPN+ is for sports fans; the upcoming Disney-branded streaming service is for families; Hulu is a catch-all for everyone else.

The big question mark is what content Disney will reserve for its Disney-branded service and what content it will put on Hulu. If it puts more adult-focused films and shows on Hulu, it could encourage more customers to sign up, but it could come at the expense of sign-ups for the Disney-branded service. Fox brings a lot of excellent franchises into the fold, and it's unclear where Disney will offer them. Disney will have to do some market testing in the next year or so to determine the best streaming platform for all of its franchises.

Additionally, when Disney takes majority ownership of Hulu, it could set up strategic bundles with its fully-owned streaming services. During the company's third-quarter earnings call, CEO Bob Iger said, "If a consumer wants all three, ultimately, we see an opportunity to package them from a pricing perspective." This option should bring on additional subscribers for all three services, albeit at lower average subscription prices. That said, both Hulu and ESPN+ generate a significant amount of advertising revenue, so subscriber count is important.

Hulu might be losing money for its parent companies at an increasing rate. But higher spending on content and marketing is paying off with faster subscriber growth. Disney could add additional content and bundling economics when it takes over majority control, which could cause an even greater increase in subscribers. Long-term investors shouldn't worry about the ballooning losses at Hulu and the impact they could have on Disney's bottom line in the near future.