Management is buying back shares ahead of the release of "Red Dead Redemption 2," which is expected to deliver record sales for the game maker this year.

Take-Two Interactive (TTWO -3.04%) has sold nearly 100 million copies of Grand Theft Auto V, making it one of the most successful titles of all time. The popularity of that game and its online multiplayer component (Grand Theft Auto Online) is a large reason why the stock is up more than 600% for shareholders over the last five years.

What this means is that Red Dead Redemption 2 (releasing Oct. 26, 2018) has a tough act to follow if the company expects the new release to help it keep growing at a strong pace over the long term. Management has been consistent over the last year with guidance that they fully expect Red Dead 2 to drive strong sales.

But perhaps more significant than Take-Two's guidance (which we'll review below) is that management has been active in recent quarters buying back the company's shares, which is the ultimate bullish signal they can send investors on what they think about the future of the company. 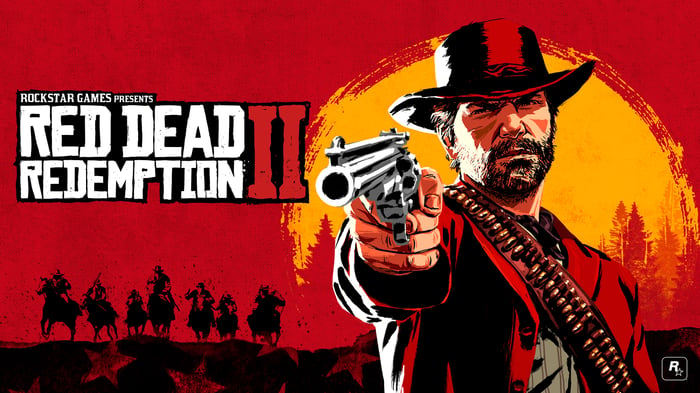 Management is bullish on their stock

Management has repurchased $308 million of Take-Two's shares over the past year, which clearly reflects optimism about the upcoming release of Red Dead 2 and the value it will bring the company. The repurchases represented about 2.5% of Take-Two's outstanding shares.

What readers should know is that CEO Strauss Zelnick is not known for throwing money around carelessly, especially when it comes to conducting share repurchases. He has stated before that he only considers them when Take-Two stock can be bought back at "deep value" prices, although it's very difficult to make the case that the stock is currently a deep value when it trades for a forward earnings multiple of 26 times analysts' earnings estimates. That said, the recent buybacks make it clear he sees Take-Two's stock as not adequately reflecting the future value of the company.

The last time Take-Two repurchased this much stock was in fiscal 2014, when the company bought back $277 million of its shares, which represented well over 10% of the company's market cap at the time. Of course, the rest is history -- GTA V went on to sell nearly 100 million copies, digital revenue soared, profitability became more consistent, and the stock took off.

Will Red Dead 2 have similar success? The company has certainly amped up its investment in game development in recent years to try to make it the best gaming experience Take-Two can muster.

Thanks to the success of GTA V and Take-Two's growing digital revenue streams, the company is generating more consistent free cash flow every year, which is allowing it to invest in new games and hire more talent. Leading up to the launch of GTA V in the fall of 2013, Take-Two's research and development expense increased from $64 million in fiscal 2012 to $105 million in fiscal 2014. This past year, Take-Two spent almost double that amount, or $196 million, on R&D despite generating lower revenue than fiscal 2014.

The company has clearly put a lot into Red Dead 2. It's been delayed a few times already as Rockstar (the studio that works on GTA and Red Dead Redemption for Take-Two) has wanted extra time to polish the game before release. The official trailer posted on YouTube has drawn a lot of interest, with over 25 million views, 117,000 likes, and a like-to-dislike ratio of about 47.

Five years ago, higher R&D spending certainly paid off with GTA V's strong sales. Given the recent share repurchase activity, it's obvious management is very optimistic about not only the sales potential of Red Dead 2, but the company's ability to deliver sustained growth over the long term as it reinvests in more games, including mobile games, NBA 2K Online in China, and new blockbuster titles like Red Dead Redemption 2.

Investors are certainly hoping those investments (and trailer views) translate to strong sales. Management's guidance calls for net bookings (which includes revenue from digital and physical sources) to be between $2.7 billion to $2.8 billion, representing year-over-year growth of 38% at the midpoint. They also expect to post $785 million in cash generated from operations, which would be double the cash generated in fiscal 2018.

If the company achieves these numbers, it would eclipse the all-time high Take-Two reached in fiscal 2014, when strong initial sales of GTA V drove a record $2.414 billion in non-GAAP revenue and $700 million in cash from operations.

With the stock still hitting new highs and trading for an elevated forward P/E of 26, the important question is whether Take-Two can sustain this sales and cash flow momentum going forward. Management has bet $308 million that it can.