These well-known retail names look like great buys at this particular moment in time.

The kids are back in school, and summer is almost over. Next up, Americans will hit malls, shopping centers, and online stores in preparation for the holiday season. This is the perfect time to hone in on undervalued retail stocks.

So, we asked three Motley Fool contributors to share their best retail stock ideas at the end of August. Read on to see why they recommend household names Home Depot (HD -1.09%) and Target (TGT 1.72%) alongside Chinese e-tailer Alibaba Group (BABA 0.27%). 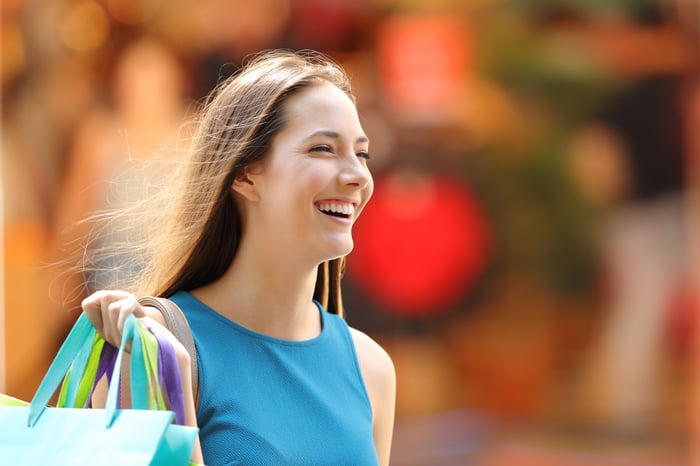 Rich Duprey (Target): Few retailers have been able to turn their business around as strongly as Target has. The discount mass merchandiser is benefiting from an improved consumer environment, one which CEO Brian Cornell described as being "perhaps the strongest I've seen in my career."

This may be a case of a rising tide lifting Target's boat along with everyone else, and the corporate tax reform that saw businesses sharing their largesse with employees may be just a temporary infusion of cash and confidence that will soon fade, but the retailer's rebound began before all this happened, and its recovery is much stronger than that of the competition.

This was a multifaceted plan to turn the business around, and it has paid off well for investors. Shares of Target surged 60% over the past year and the retailer increased its quarterly dividend once again, by 3.2% to $0.64 per share, the 47th consecutive year it has done so. It has paid a dividend every quarter since October 1967.

Despite the gains, Target's stock is still cheap. It trades at 17 times trailing earnings and 15 times next year's estimates, with its price just a fraction of its sales. Shares go for only 15 times the free cash flow it produces, which while not bargain-basement territory, are a discount nonetheless.

Retail has been beaten up over the past few years, but there is a renaissance underway and Target is leading the charge.

Anders Bylund (Alibaba): In my book, there really isn't a bad time to buy shares in China's leading e-commerce infrastructure operator. But with a 4% price drop over the last month and a 10% decline in three months, Alibaba simply looks even better than usual.

Alibaba's free cash flows have risen by an annual average of 55% over the last four years, adding up to a grand total of 490%. Revenue soared 48% higher in each of those years, totaling 404%. That period stretches back to before Alibaba joined the American stock markets in the fall of 2014, but buyers at the IPO are sitting on a 90% four-year return right now.

That would be fine and dandy if Alibaba's business results were slowing down, giving market makers a reason to pull back on galloping price-to-earnings ratios as the hypergrowth story runs out of rocket fuel. But that's not what's going on with Alibaba at all. Instead, the company's sales and cash flows are accelerating. 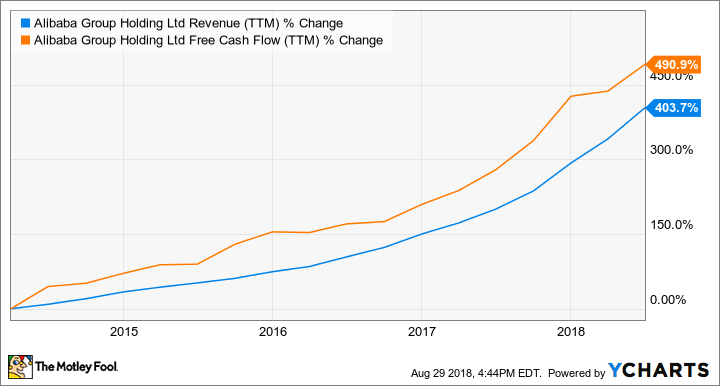 It's been almost two years since Alibaba's shares were this cheap, as measured against the company's ballooning cash flows. My own Alibaba stake has doubled in value since I jumped in shortly after the IPO. Looking ahead, the company has only just begun to explore business opportunities outside of China. Throw in fast-growing results from Alibaba's cloud computing services, online payment systems, and an advanced logistics platform, and you get a growth stock for the long haul -- already valued at nearly half a trillion dollars.

Jeremy Bowman (Home Depot): It's hard to think of a retailer that's done a better job than Home Depot over the last decade. Not only have the home-improvement specialist's shares soared over 600% over that time, but the company has consistently executed and implemented a smart strategy during the past 10 years, preparing for changes in the retail landscape.

It has resisted opening new stores over the last decade, investing instead in technology, e-commerce, improving its stores, and share buybacks. That strategy continues to deliver results as comparable sales jumped 8% in its most recent quarter, driving 36% growth in earnings per share to $3.05.

Meanwhile, Home Depot has set performance goals for itself and steadily knocked them down. For 2020, the company is targeting return on invested capital of 40% and operating margin of 14.4%-15%, compared to 14.5% last year, and compound annual revenue growth of 4.5-6%.

While the company's fortunes are inherently tied to the housing market, which has been expanding since the financial crisis, its long-term prospects seem favorable as millennials have shown a preference for spending on home remodels, and home improvement materials offer their own buffer from e-commerce competitors like Amazon as it's difficult to sell heavy goods like lumber online.

Home Depot has also shown its commitment to shareholders by consistently raising its dividend as the quarterly payout has climbed by at least 16% every year since 2011. The company would be a Dividend Aristocrat today were it not for a pause on increases during the recession, and currently offers a dividend yield of 2.1%.

With consumer spending on fire and the housing market still looking strong, Home Depot continues to look like a solid bet.