Powerful organic growth can indicate years of outperformance in young tech stocks. Here's how the inbound-marketing pioneer rates and what to look for next.

The dictionary definition of innovation is creating a new "method, product, idea, etc." That sounds right, but is that really what you want from the company you're investing in? A new but unsalable piece of junk is a waste of shareholder capital.

A true innovator invents something that customers never knew they needed -- and then can't live without. Like the iPhone or the Model S. Or toothpaste. Innovation isn't just about creating stuff, it's about creating demand. 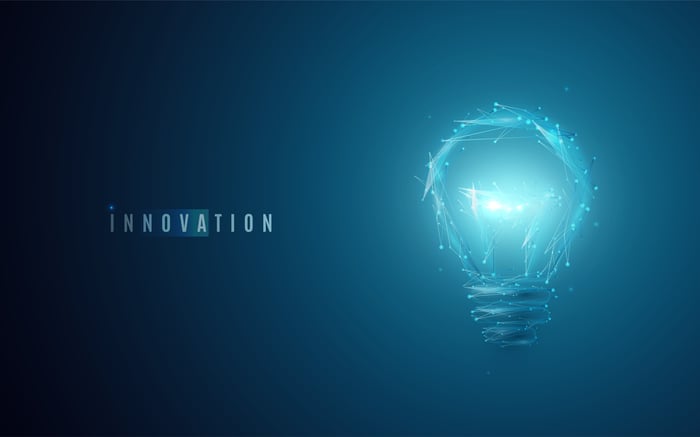 I know what you're thinking: Isn't high revenue growth the primary result innovators enjoy? Sometimes, yes. But you can also grow quickly by lowering prices or through seasonal promotions. Or you could flood the market and increase volume, or acquire a competitor and add its sales volume to your own.

Each are viable strategies, yet they don't signify innovation. What does? Pricing power.

Innovators develop products that stoke demand, allowing the companies behind them to raise prices regularly without market objection. Netflix, in particular, has proven its pricing power with multiple increases over the last decade.

Of course, we all know Netflix is innovative -- the company name is in the common vernacular. Measuring other companies takes a little more math, but the effort is worth it, I promise.

When revenue -- or in the case of a subscription-driven company like HubSpot ( HUBS 2.28% ), subscription revenue -- grows faster than investment in research and development (R&D) over a period in which at least one (but preferably two or more) internally developed products are released, and when gross margin expands over that same period, you've likely found a legitimate innovator.

Think of it as measuring the effectiveness of a development or engineering team. Writing clean code and designing slick hardware is good; writing code or designing hardware that solves a clear, compelling, and expensive problem is key to lasting growth. Let's see if HubSpot passes the test.

I could tell you the four-question test to measure innovation which I'm about to reveal is my brainchild, but that would be lying. It's actually based on three of legendary investor Philip Fisher's 15 points for investing in stocks with growth potential. Here are the first three points:

Fisher's Common Stocks and Uncommon Profits, the source for these points, is a must-read for any investor, but it's especially important if you expect to profit from investing in innovators.

Faker Breakers -- companies whose dazzling short-term growth obscures their long-term weaknesses -- are everywhere. True Rule Breakers are genuinely tough to find and usually impossible to buy cheaply using traditional metrics. Understanding quality of innovation, something Fisher knew to be important when he first published Common Stocks and Uncommon Profits in 1958, remains to this day crucial to the work of spotting a true Rule Breaker.

Which finally brings us to our quiz. Here's how HubSpot rates as an innovator:

1. Does HubSpot have internally developed products? What are they? When were they released?

Yes, HubSpot has four primary products: a completely free CRM product, Marketing Hub (2005, this is the evolved version of the product on which the company was built), Sales Hub (2015, following on the heels of the free CRM from the prior year), and Service Hub (2018). Each product is purchased as a subscription and there are different levels of engagement for each, including a free "try and buy" option and the "Growth Stack," which includes everything.

2. Was subscription revenue growing faster than investment in R&D over the period when these products were released? By how much?

4. Can you point to evidence of new products being developed? How soon will they be released?

Yes: In an Aug. 20, 2018 announcement, HubSpot unveiled plans for new products to be formally introduced at its annual customer conference, INBOUND.

There's also historic evidence of the sort of naked ambition needed to create new products from the ground up. For example, in a Dec. 2011 interview in the Boston Business Journal, CEO and co-founder Brian Halligan said:

Four yes answers tells me HubSpot is an innovator with a smart, disciplined engineering team that makes salable products. Looking further at how much gross margin is expanding, and the near 12-percentage point differential between revenue growth and R&D investment tells me the company is on the verge of being elite in this area, and probably has a lot more to offer investors in the years ahead.

Why HubSpot, Okta, and Appian Stocks All Slumped on Tuesday