Marijuana stocks have easily outpaced the broader markets this year and for good reason. The legal pot market is projected to expand at a compound annual growth rate of 19.75% over the next 13 years, making it one of the fastest growing areas of the global economy by a wide margin.

The primary catalyst behind this explosive growth is the ongoing legalization of cannabis for both medical and recreational uses in a number of countries such as Australia, Canada, Israel, and Germany, as well as in numerous regions within the United States. In fact, industry insiders widely believe that cannabis will become legal at the federal level in the U.S. at some point within the next decade, which would unlock another multi-billion dollar marketplace for the industry. 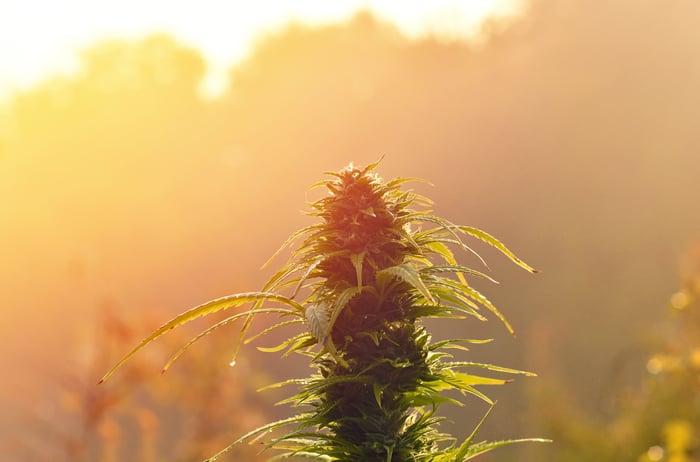 Therefore, growth-oriented investors comfortable with high levels of risk may want to start adding a select group of marijuana stocks to their portfolio soon. With this theme in mind, MariMed (OTC:MRMD) and The Hydropothecary Corporation(NASDAQ:HEXO) are two small-cap cannabis stocks that have been getting a lot attention from investors lately. Are their shares worth buying right now? Let's take a deeper look to find out.

The Delaware-based cannabis company MariMed is a particularly intriguing name because it is taking a multi-pronged approach toward capturing market share. Specifically, the company presently generates revenue as both a landlord that provides legal and technical expertise to growers in multiple states, as well as a developer of premium branded cannabis products.

Turning to the details, MariMed has developed cannabis facilities in five states so far -- all of which are leased out to licensed growers under long-term agreements. The company is therefore looking to expand this thriving part of its business into additional states such as Pennsylvania, New Jersey, Michigan, Florida, and Ohio in the near future.

On the cannabis products side, MariMed has ratcheted up its product line over the past year to include Nature's Heritage Cannabis branded strains and precision-dosed products under the dual banners of Kalm Fusion and Betty's Eddies. The company also has a growing vape pen business under the Lucid Mood brand. MariMed is thus quickly establishing a highly diversified revenue stream with a keen focus on brand development.

The main downside with this company is that it isn't well-capitalized at the moment. At last count, MariMed reported a worrisome $5 million in total cash and cash equivalents. That amount won't be sufficient to maintain the company's rapid pace of development, implying that MariMed will probably have to continue issuing new shares for the foreseeable future.

Unlike other top marijuana growers and distributors in Canada that have decided to rapidly expand into international markets, Hydropothecary Corporation -- soon to be known as HEXO per a recent name change -- has instead chosen to establish a rock solid base in the province of Quebec first.

As part of this stepping stone strategy, the company recently secured a pivotal commercial agreement with the the Societe quebecoise du cannabis (SQDC) to be the preferred supplier of cannabis products for the Quebec market during the first five years of legalization. This landmark deal should thus translate into Hydropothecary gobbling up a healthy 34% of the Quebec adult recreational use market right off the bat.

That's key because it gives the fledgling company a clear path toward profitability in a short period of time. The same can't exactly be said for other Canadian producers like Canopy Growth Corporation, Cronos Group, or Tilray Inc., which are all focused on expanding internationally as soon as possible -- a strategy that requires a substantial outlay of upfront capital. The point is that Hydropothecary stands to become one of the few profitable names in the industry once the legal Canadian pot market opens this October.

Nonetheless, Hydropothecary isn't resting on its laurels. The company is currently in the process of adding several additional products to its line-up, such as a cannabis-infused drink portfolio through a joint venture with Molson Coors Brewing Company.

On the financial front, Hydropothecary has an exceptionally strong balance sheet with cash and cash equivalents of $249 million at last count, along with zero debt. Therefore, the company shouldn't have much trouble expanding across Canada, and into the international marketplace, once it chooses to do so.

Both of these small-cap marijuana plays have immense potential as growth vehicles for risk-tolerant investors. However, Hydropothecary clearly has an easier path toward sustainable growth than MariMed, thanks to the forthcoming legalization of recreational marijuana in Canada and its vastly superior capital structure. As such, Hydropothecary is arguably worth adding to your portfolio right now; whereas MariMed is probably better suited as a top watch list candidate for the time being.