That stock combines explosive growth and ambitious long-term goals with a modest valuation -- even with a market cap hovering just below the half-a-trillion-dollars mark. There is no doubt in my mind that Alibaba's shares will beat the market over the long haul.

Altaba (NASDAQ:AABA) is quite literally an alternative way to invest in Alibaba -- a non-diversified investment fund that largely exists to manage a huge reserve of Alibaba shares.

So, is there any reason to buy Altaba shares today, or would you be better off just going straight for Alibaba's stock instead? 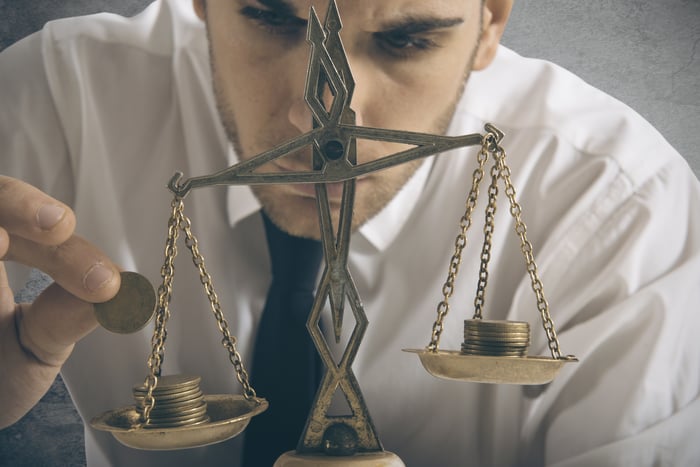 Chiefly, Altaba holds roughly 15% of Alibaba's shares alongside a significant interest in former subsidiary Yahoo! Japan. The Alibaba stake was worth $71.1 billion at the end of Altaba's second quarter, and the entire investment portfolio added up to $85 billion.

Since approximately 83% of Altaba's wealth is tied up in Alibaba shares, which Yahoo! acquired in a private investment deal many years before the Chinese company went public, the two stocks are joined at the hip.

When Alibaba's stock is rising, so is Altaba's. The same holds true for downward movements. Since the Verizon/Yahoo! deal closed, Alibaba's shares have gained 26%, while Altaba scored a 31% return. 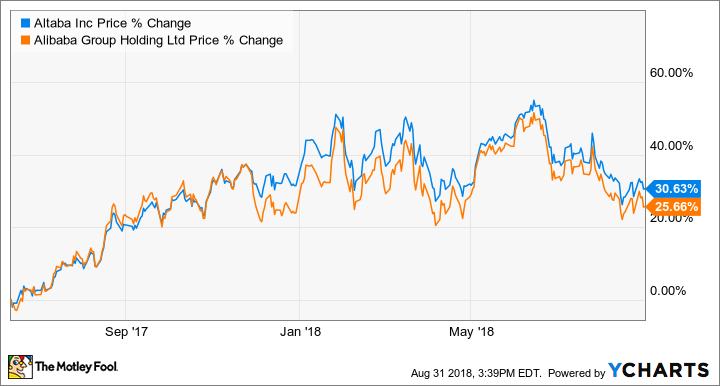 Oh, so it's the same thing?

Altaba's stock always trades at a significant discount to the direct value of its investments. These days, Altaba's discount to adjusted net asset value stands at roughly 27%. That's because the Yahoo! Japan and Alibaba investments are held in accounts outside of U.S. borders, which would add border-crossing repatriation taxes any time Altaba attempts to actually return cash to its American shareholders.

So, when the Trump administration trimmed taxes on repatriated foreign profits last year, Altaba's shares experienced a small gain compared to Alibaba. You saw the discount to adjusted NAV shrinking that day.

Any further changes to the American system of taxation on foreign profits would bring changes to Altaba's market value as well. Lower taxes will reduce the discount and raise Altaba's share prices. Higher taxes will trigger the opposite effect.

What it all boils down to

Mixing and matching Altaba and Alibaba shares is always an option, and both stocks look like strong contenders at their current prices. Here are the finer nuances: