Please ensure Javascript is enabled for purposes of website accessibility
Log In Help Join The Motley Fool
Free Article Join Over 1 Million Premium Members And Get More In-Depth Stock Guidance and Research
By George Budwell - Sep 4, 2018 at 6:00AM

Shares of the clinical-stage biotech Viking Therapeutics (VKTX 2.64%) gained a whopping 27% last month, according to data from S&P Global Market Intelligence. What sparked this breakout?

Oddly enough, Viking's shares raced higher in August without a clear-cut catalyst. The biotech's stock appears to be simply heating up ahead of the company's forthcoming presentation at the American Society for Bone and Mineral Research meeting later this month -- where Viking is expected to update investors on the status of its mid-stage hip fracture drug candidate VK5211. 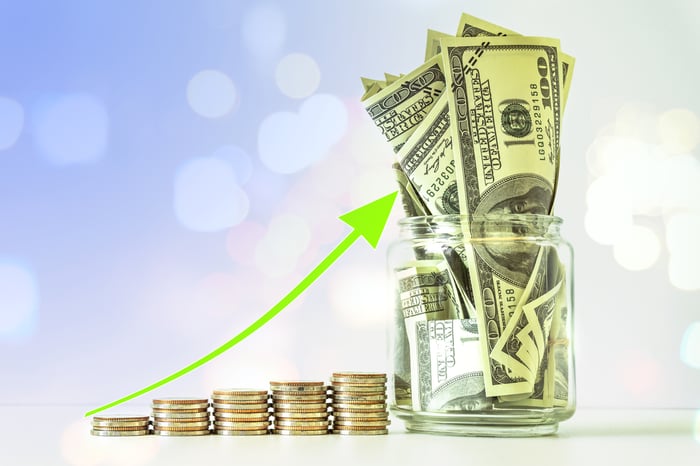 This double-digit move higher last month does have a solid fundamental underpinning, however. Viking shares could turn out to be deeply undervalued at current levels. After all, the company is developing a nonalcoholic steatohepatitis drug, VK2809, that has the potential to generate billions of dollars in sales. And Viking's VK5211 is no slouch either, with this experimental drug also staring down a billion dollar-plus market opportunity in the lucrative hip fracture setting.

Whether Viking's stock can maintain its monstrous momentum without a newsworthy event remains to be seen. But the company does have two major near-term catalysts that could trigger another breakout before year's end.

First, Viking is reportedly in negotiations with various partners to advance VK5211 into a late-stage trial. Any licensing deal for this high-value compound should come with a healthy upfront cash payment.

Second, Viking is on track to release VK2809's mid-stage results by November. If positive, the biotech's shares should bolt higher. This key experimental drug, after all, would be one step closer to reaching a market that's forecast to grow to a staggering $35 billion within the coming decade.

The headline here is that Viking's stock might be gearing up for a prolonged period of growth -- that is, if everything falls into place for its top clinical candidates. Therefore, risk-tolerant investors might want to consider adding this promising name to their portfolios soon.