There's no doubt that 3M's (NYSE:MMM) recent set of second-quarter earnings were strong -- 5.6% organic local-currency sales growth in the quarter when the company is forecasting 3% to 4% for the full year. Furthermore, if earnings continue in the same vein, then 3M stock is likely to appreciate.

That said, one aspect of 3M's sales performance deserves closer inspection. Let's look at what that is, and why the company needs to be watched closely in the coming quarters. 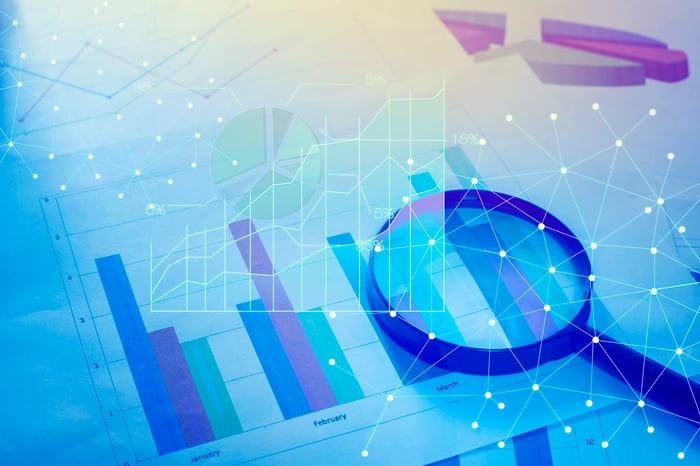 What happened with 3M's sales in the quarter

As Motley Fool contributor Travis Hoium pointed out, 3M's growth in the second quarter was a little deceptive. The key point about the quarter comes from CEO Mike Roman's disclosure on the earnings call:

Please note that we have an upcoming [enterprise resource planning] rollout in the United States, and in anticipation of that deployment, some of our customers decided to accelerate their purchases. We estimate that this added approximately 50 to 100 basis points of growth in the second quarter, all of it in the U.S. results.

For reference, 100 basis points is equivalent to 1%. In a nutshell, Roman is arguing that customers ordered ahead before 3M fully rolls out its ERP system. Without this impact, Roman's estimates imply 3M's organic growth in the quarter would have been 4.6% to 5.1%. That's still a good number, but it wasn't enough to cause 3M's management to hike full-year organic sales guidance, which remains at 3% to 4%.

It's worth noting that 3M has already disappointed investors in 2018 by lowering its guidance to 3% to 4% on its first-quarter earnings call -- first-quarter organic growth was just 2.8% with management citing a weak automotive aftermarket (in its industrial segment) and oral care (in its healthcare segment) as the reason.

The pull-forward effect on sales due to ERP deployment should not be underestimated. Indeed, analysts immediately focused on the matter during the earnings call, with Scott Davis of Melius Research asking about management's "confidence level" that the "pull-forward was just 50 to 100 and not something greater than that. Is it possible to have that kind of precision?"

Roman's answer contained some very interesting color. "We did deploy our healthcare business at the end of last year, so we have experience with that business in the deployment already complete," he said.

Digging deeper, we know that 3M deployed ERP in its healthcare business at the end of 2017, and a look at organic sales growth by segment shows a definitive blip in growth in the third quarter of 2017 -- something you might expect due to the pull-forward effect in the healthcare segment. Going back to the third-quarter results presentations, 3M's management obviously thought the 6.9% organic sales growth in healthcare was a harbinger of growth, with CFO Nick Gangestad stating, "For the year, we're guiding healthcare 3% to 5%," and "we see ourselves solidly in the 3% to 5% range for 2017." Regarding long-term healthcare growth, Gangestad said "4% to 6% is how we see growth in that business."

In fact, the healthcare and consumer segments have been consistent underperformers relative to the long-term targets outlined in 2016. You can compare the targets outlined below with the chart above. By my calculation, looking at healthcare and consumer in combination, the segments have exceeded their target ranges for organic sales growth in the quarter only three times since the start of 2016; they have been below them 15 times.

Given that there appeared to be a very strong pull-forward effect in healthcare in the third quarter of 2017, and the fact that management's healthcare guidance at the time appears to have been too optimistic in light of subsequent performance, there's reason to be a little cautious regarding 3M's performance for the rest of 2018. Growth may well fall back, just as it did with healthcare after its ERP rollout.

Moreover, thinking longer term, it's far from clear whether 3M is going to improve performance with its healthcare and consumer segments, at least in order to get them within management's targeted ranges.

Management is being cautious on the issue of sales growth -- full-year guidance was merely maintained despite a strong quarter-- and investors should be cautious, too. Sales growth is definitely something to look out for in the next few quarters' earnings reports.