3M (NYSE:MMM) is one of the biggest industrial conglomerates in the world and has been a stable stock for investors long-term. But it isn't the first company you probably think of when talking about growth stocks.

That's why the second quarter 2018 results were so surprising. Sales grew 7.4% versus a year ago to $8.4 billion and organic local-currency growth was an impressive 5.6%. On the surface, it looks like 3M's growth engine is kicking into high gear. But digging a little deeper might dampen your expectations a bit. 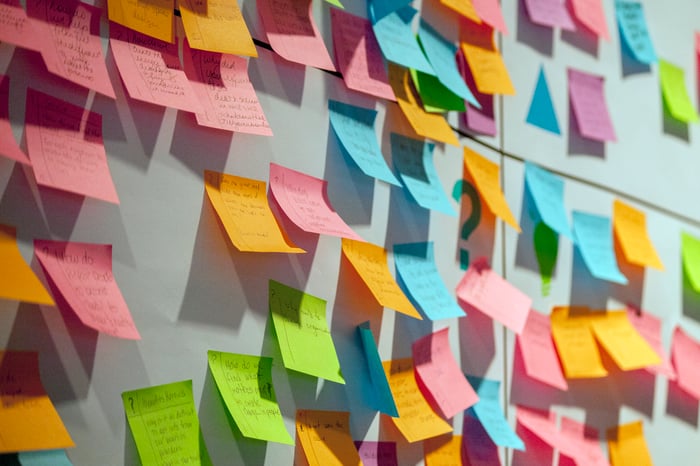 Where growth is coming from

Fellow Foolish contributor Neha Chamaria outlined 3M's organic growth by segment and the numbers are impressive. Safety and graphics had organic growth of 8.5%, industrials grew 5.7%, healthcare was up 3.8%, consumer grew 4.3%, and electronics and energy were up 5.2%. But where that organic growth came from is important.

Please note that we have an upcoming ERP rollout in the United States. In anticipation of that deployment, some of our customers decided to accelerate their purchases. We estimate that this added approximately 50 to 100 basis points of growth in the second quarter. All of it in the U.S. results.

ERP is an enterprise resource planning system, which can integrate procurement, inventory, customer service, accounting, and many other functions. It's meant to make running a complex business like 3M easier, but implementing a new system will naturally come with some hiccups. Customers were getting out in front of any challenges with the ERP rollout by ordering in the second quarter. This isn't bad, but it inflated growth numbers by as much as a full percentage point.

If you pull out price growth and accelerated purchases, organic volume growth was only 3.5% to 4%. That's not terrible, but given the positive economic conditions and 4.1% GDP growth in the quarter, 3M may not be outperforming the broader market as much as it seems on the surface.

Second half growth will slow

Despite the seemingly strong growth numbers, 3M's management maintained 2018 organic local-currency growth guidance at 3% to 4%, which includes any price increases for the year. After posting an impressive 5.6% growth number in the second quarter, they're obviously expecting growth to fall back to earth in the second half of the year, something investors need to expect.

3M has tried to kick-start growth by investing more in R&D and growth acquisitions, but it'll be tough to get the company past the low single-digit volume growth number. Unless we see sustainable growth pick up in the future, investors shouldn't mistake this for a growth stock and should understand the short-term drivers of growth, which aren't always sustainable long-term.