Please ensure Javascript is enabled for purposes of website accessibility
Free Article Join Over 1 Million Premium Members And Get More In-Depth Stock Guidance and Research
By Daniel B. Kline - Sep 6, 2018 at 5:49AM

Travelers today know that basic fares may not include bags, a drink, or even a seat assignment, but when it comes to "ancillary revenue," these carriers take the cake (and charge you extra to do it).

Some airlines build most of the costs of travel into the price of your economy-class ticket. That can include everything from checked-bag fees to the "free" drinks and snacks handed out onboard.

A second group of airlines offers lower fares (at least on the surface), then charges extra for checked bags, large carry-ons, seat assignments, early boarding, snacks, drinks, and pretty much anything else you can think of. In many cases, the fees aren't in any real sense optional -- unless you're willing to travel with no luggage, and be assigned a seat after everyone else has boarded.

These common fees, though, are not the only ways airlines make money beyond the price of your ticket. Ancillary revenue -- the industry term for that beyond-the-fare income --  includes a la carte features, commission-based products, frequent flyer revenue (as when credit card companies buy miles to give away as perks), and other sources including advertising revenue, according to IdeaWorksCompany which produces an annual study on which airlines earn the most in these combined areas.

Every airline, it should be noted, makes some money from ancillary revenue sources. Even Southwest, which aggressively markets itself as having fewer fees, still charges for early check-in, and makes money from its frequent flyer program. 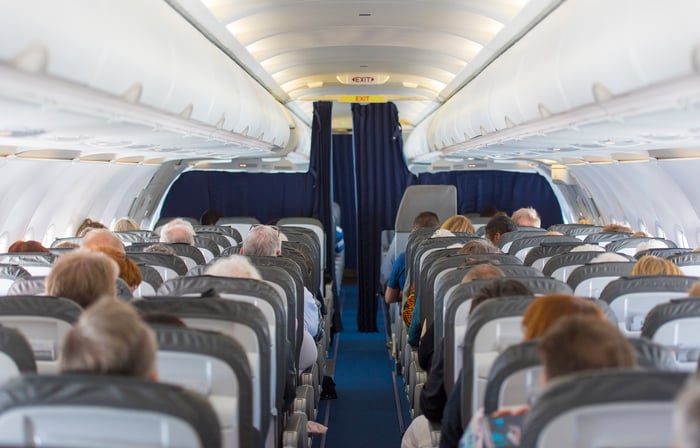 Ancillary revenue keeps on growing and has become a mandatory component for the revenue mix of all airlines. Investors were first delighted by it, and now have come to expect it. ... The best producing airlines have become expert retailers of travel-related services, which includes the ability to book hotels, attractions, and of course ground transport. 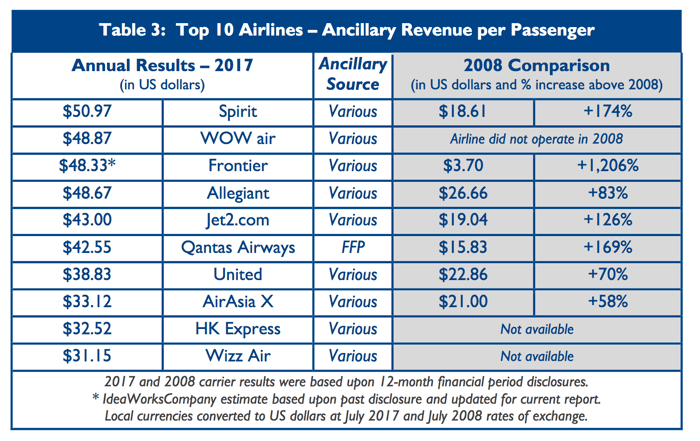 That Spirit ( SAVE 5.39% ) took the top spot should come as no surprise, as the company has been a leader in the a la carte flying model, charging  for everything from carry-on bags and seat assignments to soda and snacks. WOW, Frontier, Jet2.com, and Allegiant use similar models as do AirAsia X, HK Express, and Wizz Air. Australian flag carrier Qantas and global major United are more traditional full-fare airlines, but they still managed to crack the top 10 in ancillary revenue.

Travelers today have learned they've got to look at more than just the top-line ticket price. If the advertised sticker price for a car, for example, somehow didn't include tires, you'd be pretty clear about having to lay out more money above and beyond that amount before you could drive it. So don't let a cheap advertised price on a travel website fool you -- when it comes to airline tickets, do your research, and understand precisely what your ticket entitles you to, and what it doesn't.

If you're going on an overnight  trip, and only need a small carry-on that fits under your seat, you may be able to fly Spirit or a similarly budget-priced carrier without forking over a lot of additional fees. If, however, you need to check bags, want a specific seat, or don't want to be bombarded by advertising on every on-board surface from tray tables to the flight-attendants' aprons (hat tip to Spirit's entrepreneurial spirit), then you might consider paying up for something closer to a full-service ticket on a traditional carrier.