Shares of Spanish banking giant Banco Santander, S.A. (NYSE:SAN) dipped 11% in the month of August, according to data from S&P Global Market Intelligence.

Banco Santander released its half-year report at the end of July, and results showed modest improvement against the prior year. Revenue was unchanged at 24.1 billion euros, primarily reflecting flat net interest income of 16.9 billion euros. Net profit crept up less than 1 percentage point to 3.8 billion euros. However, several macroeconomic factors combined to increase investor skepticism, pushing the mammoth bank, which has a market capitalization of nearly $80 billion, down nearly 24% on the year: 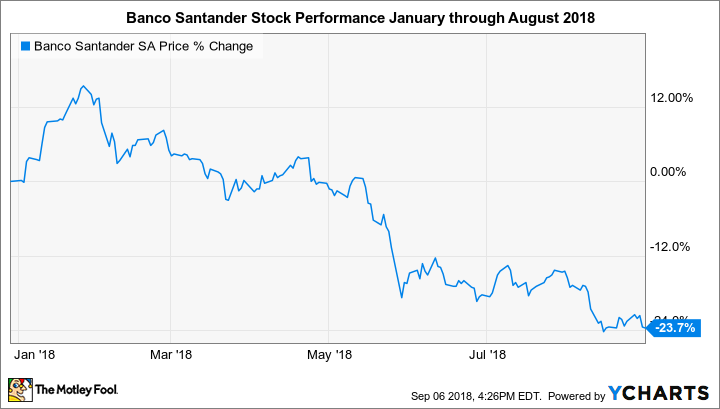 While the Spanish economy has achieved a growth rate of between 0.6% and 0.7% in each of the last several quarters, political unrest tied to a government transition, and ongoing concerns over Catalonian independence, may crimp growth in the quarters ahead. Exacerbating this effect in the last quarter, Santander's extensive global operations witnessed some slippage as results were translated back into the company's reporting currency of the euro, which has exhibited significant volatility in 2018.

During the company's recent earnings conference call, CEO Jose Antonio Alvarez noted that the tariffs imposed -- and threatened -- between major global economies have created significant trade uncertainties. Such a climate can diminish bank profits as major customers hold back on capital projects and delay debt offerings.

On a positive note, Alvarez observed that the company continues to generate high returns in various revenue streams. Specifically, commercial fee income rose 10% year over year in the first half of 2018, marking the third consecutive year of commercial fee generation growth of at least 10%. 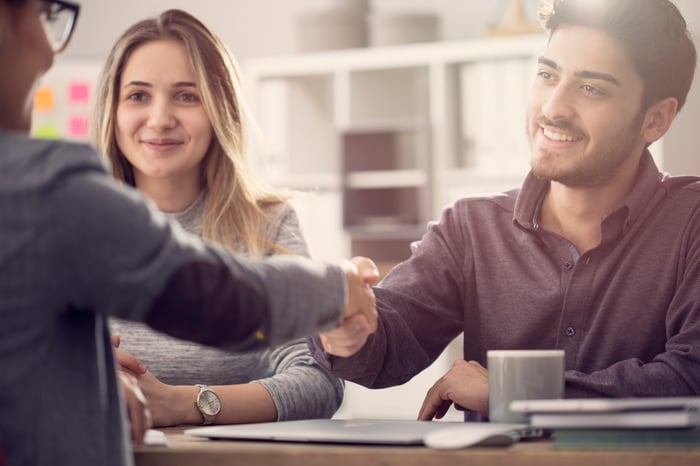 Banco Santander's subdued performance in 2018 may continue until the macroeconomic clouds listed above disperse. Still, it remains a popular choice for income investors due to its stability and rich dividend, which currently yields north of 5% annually.