Shares of bookseller Barnes & Noble (BKS) closed down 8.1% on Thursday, after falling as much as 10.1% earlier in the day.

One of America's last remaining brick-and-mortar bookstore chains, Barnes & Noble reported a steeper-than-expected decline in quarterly sales today: $795 million for the quarter. It had a big quarterly loss to boot: $0.23 per share, versus Wall Street's expected loss of $0.09. 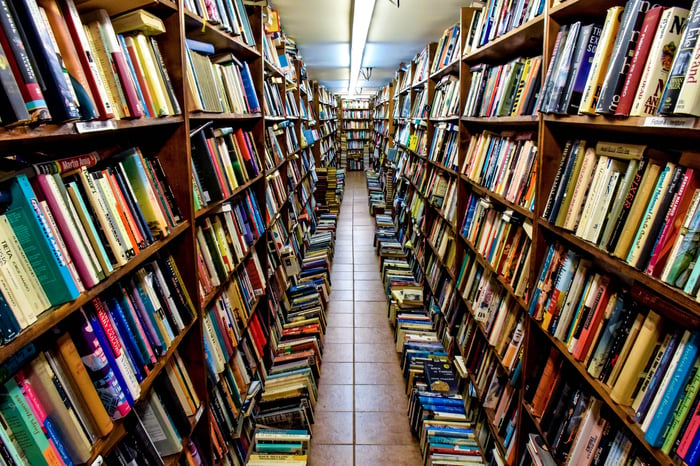 Management tried to put a bright face on the bleak news, noting that "comparable-store sales improved each month of the quarter." Still, the "improvement" was a matter of degrees, with sales declining 7.8% in May, 6.1% in June, and 4.5% in July. By August, Barnes & Noble's same-store sales had almost stabilized at a decline of only 0.8% in August.

That's a good-looking trend -- especially the last bit. Nevertheless, it apparently wasn't good enough to give Barnes & Noble management confidence to promise any profit this year. The most management would say by way of guidance was that it expects "EBITDA to be in a range of $175 million to $200 million" in fiscal 2019. The fact that management couldn't bring itself to state a figure for GAAP (generally accepted accounting principles) earnings, when Wall Street is expecting it to earn $0.59 per share this year, may be making investors nervous.

My guess? That's what really lies behind the sell-off today, even more than the earnings miss.