Please ensure Javascript is enabled for purposes of website accessibility
Log In Help Join The Motley Fool
Free Article Join Over 1 Million Premium Members And Get More In-Depth Stock Guidance and Research
By George Budwell - Updated Sep 6, 2018 at 9:34AM

The vaccine maker has been achieving steady progress with its lead candidate.

Inovio's surge last month was largely sparked by the company's second-quarter earnings report. The headline was that the company's experimental cervical dysplasia vaccine, VGX-3100, continued to make steady progress in its ongoing late-stage trial during the second quarter. Inovio reported that 70 clinical trial sites across 16 countries were open, and that figure was expected to rise to 90 sites globally by the end of August. 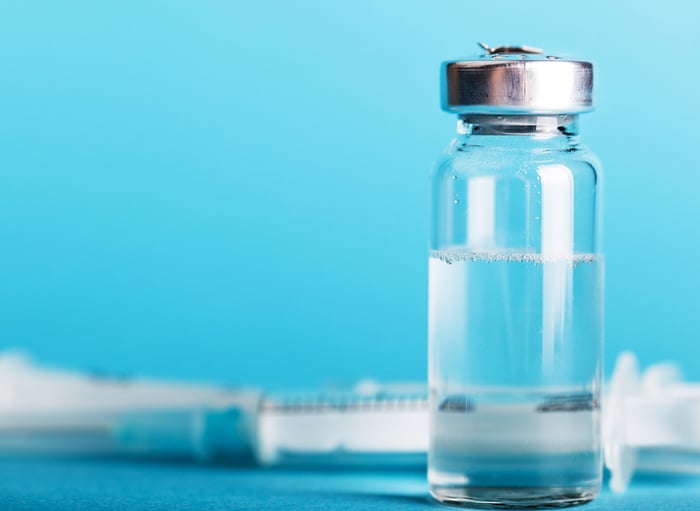 Apart from the fact that this lead vaccine candidate is Inovio's best chance to become a commercial-stage operation in the near future, VGX-3100 is expected to be a noteworthy revenue generator for the company going forward. For instance, a recent industry report by research firm EvaluatePharma noted that VGX-3100 could rake in $622 million in sales in 2024. That sales estimate is appreciably greater than Inovio's current market cap of $506 million. As such, VGX-3100 stands to be a key value driver for the biotech in the years ahead.

While this clinical update is certainly a positive, Inovio still has a long way to go before reaching the regulatory filing stage for its lead vaccine candidate. VGX-3100's pivotal trial, after all, isn't scheduled to produce top-line results until 2020, according to clinicaltrials.gov.

Compounding matters, Inovio doesn't have the financial runway to see it all the way through to this key clinical catalyst. As proof, Inovio exited the second quarter with cash and cash equivalents of $95.6 million. That won't be sufficient to fund the company's ever-growing clinical pipeline for the next two-plus years.

The point is that the biotech may have to keep diluting shareholders in order to reach its next major clinical milestone with VGX-3100. This promising biotech therefore might be best viewed as a compelling watch-list candidate, rather than an outright buy, for the time being.