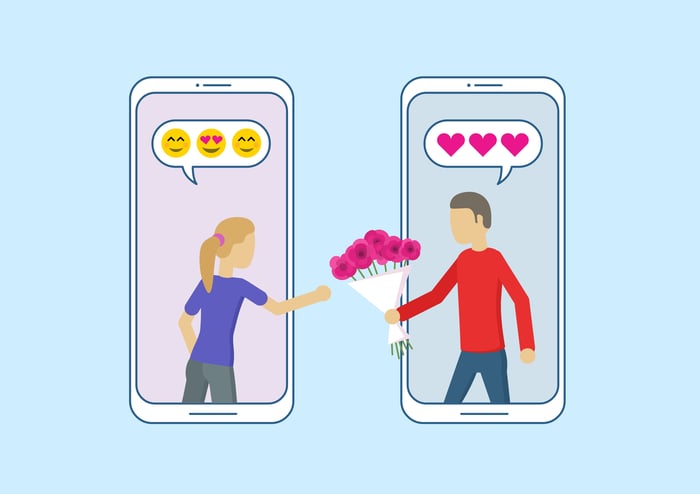 Overall, Match Group's user base rose 27% to 7.7 million, showing strong growth overall. But what encouraged investors most was the rapid growth at Tinder and the number of users willing to pay to use the company's services.

Management expects the good times to continue rolling after increasing full-year revenue guidance from $1.6 billion to $1.7 billion to a range of $1.68 billion to $1.72 billion. And adjusted EBITDA guidance was narrowed by $25 million on the bottom end to $625 million to $650 million.

Match Group has clearly been able to gather enough users to its platforms, particularly Tinder, to become the go-to in online dating. The more users it attracts the more attractive the platform is becoming to new users. And there's enough value to users to start paying for services, a trend that doesn't look like it will stop anytime soon.