Please ensure Javascript is enabled for purposes of website accessibility
Free Article Join Over 1 Million Premium Members And Get More In-Depth Stock Guidance and Research
By Jeremy Bowman - Sep 6, 2018 at 7:19AM

Shares of the online furniture seller popped after another impressive earnings report.

Shares of Wayfair ( W -0.85% ) were moving higher last month after the online home goods seller turned in another strong earnings report, and announced plans to open its first physical store. According to data from S&P Global Market Intelligence, the stock finished August up 24%.

As the chart below shows, the stock gained steadily over the course of the month as the earnings report seemed to spark the rally. 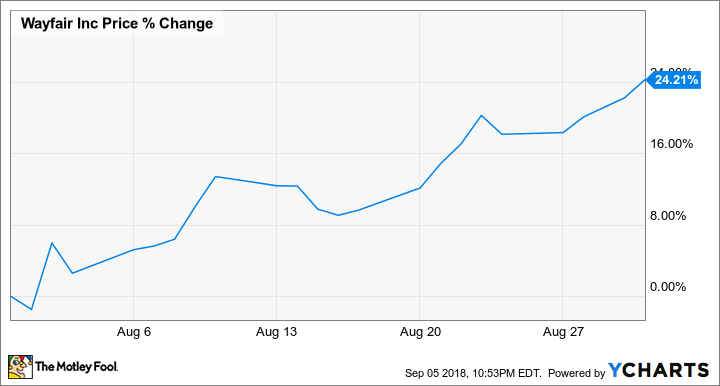 Wayfair shares gained 7.5% on Aug. 2 after the company posted another round of impressive revenue growth in its second-quarter report. Overall revenue jumped 47.5% to $1.66 billion, topping estimates at $1.6 billion. Direct sales, which make up the vast majority of the company's revenue, climbed 48.8%, the fourth quarter in a row that sales growth accelerated. 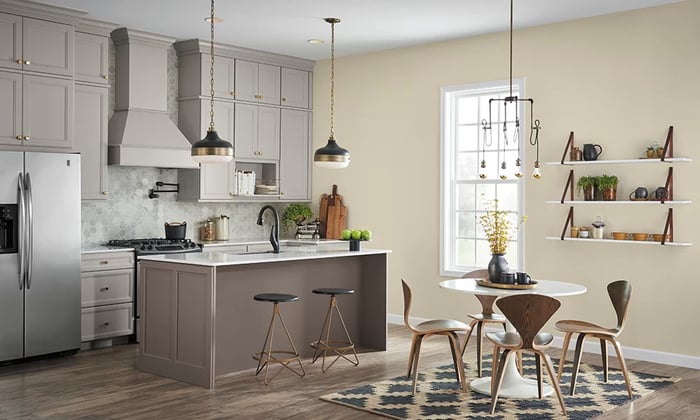 However, gross margin fell from 24% to 23.3%, and the company's adjusted loss widened from -$0.26 a share a year ago to -$0.77 as it ramped up headcount in areas like selling, operations, and technology. That figure missed expectations of -$0.73.

CEO Niraj Shah said the quarter was the best ever in dollar growth, and noted the impact of Way Day, the company's first-ever sales holiday. He added, "Our long-term investments in further developing our logistics networks, international business, and in scaling headcount to improve our product and service offerings are resonating strongly with new and returning customers."

Later in the month, the company announced the launch of a mixed-reality consumer experience with Magic Leap, allowing shoppers to see through virtual reality how items would look in their home.

The company also confirmed plans to open its first-ever physical store outside of Cincinnati, following in the path of digitally native brands like Warby Parker, Bonobos, and even Amazon. The outlet store will cover 20,000 square feet and sell furniture that has been returned but is still in good shape as well as other discount items.

For the current quarter, Wayfair forecast revenue growth of around 37.5% to $1.63 billion, indicating that the recent momentum would continue. With consumer sentiment as strong as it's been since the dot-com boom and the housing market continuing to expand, Wayfair should have more clear skies ahead. Some investors are concerned about a lack of profits, but if the company can maintain a growth rate around 40%, it should build the scale to gain the market share necessary to eventually get out of the red.

Can Wayfair Overcome the Post-Pandemic Headwinds?

Wayfair's Pandemic Boom Is Over