Please ensure Javascript is enabled for purposes of website accessibility
Log In Help Join The Motley Fool
Free Article Join Over 1 Million Premium Members And Get More In-Depth Stock Guidance and Research
By Brian Feroldi – Sep 8, 2018 at 7:04AM

The rough-and-tumble brand posted strong growth across the board.

Duluth Holdings (DLTH 3.73%) reported its fiscal second-quarter results on Thursday, Sept. 5. Sales continue to surge on the back of new store openings and steady growth in the direct sales business. When combined with lower spending on advertising and marketing, Duluth's bottom line expanded rapidly during the last three months. 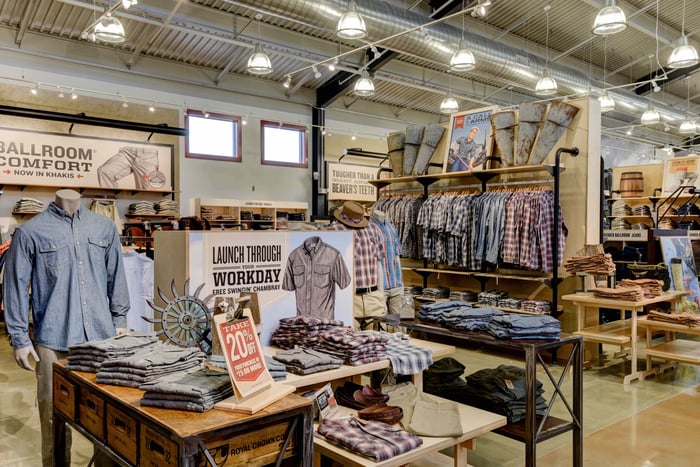 CEO Stephanie Pugliese noted that this was the company's 34th quarter in a row of increased year-over-year sales. She also reaffirmed that Duluth is on track to open 15 new stores during the fiscal year.

Commenting on the results, Pugliese observed that the company's strategy is working, and shared her marching orders for the remainder of the year:

These results demonstrate the strength of the Duluth Trading brand and validate the investments we have made in building our omnichannel presence over the past few years. For the balance of the year, we plan to focus on product innovation, digital marketing, opening the remaining seven stores, and the completion of key technology and infrastructure projects to prepare us for our peak selling season.

The upbeat second-quarter results allowed management to reiterate its guidance for the full year. As a reminder, that guidance range implies sales and earnings-per-share growth of 20% and 14%, respectively.

Duluth's stock soared more than 13% higher during the trading session following the earnings release. Investors can credit the big gain to the better-than-expected quarterly results. When adding that jump to Duluth's bullish move in recent months, the stock has almost doubled since the start of the year.

Overall, Duluth's surging sales and profits continue to prove that its aggressive retail push is playing out as expected. With plenty of room left for future expansion, long-term bulls appear to have every reason to remain optimistic.