Which Canadian pot stock is the better buy right now?

Canadian marijuana stocks have been going gangbusters in the past few weeks, thanks to the upcoming legalization of cannabis for recreational purposes in the country on Oct. 17. This key event, after all, has sparked a flurry of partnerships and partnership talks between major beverage-makers and Canada's top growers and distributors this year.

Which Canadian pot stocks are still worth buying? Although most companies now sport valuations that are clearly detached from their fundamentals and near-term growth prospects, OrganiGram Holdings (OGI -0.24%) and CannTrust Holdings (CANN -4.05%) are two names that have yet to go down this path. Armed with this insight, let's take a look at which stock is the better buy right now. 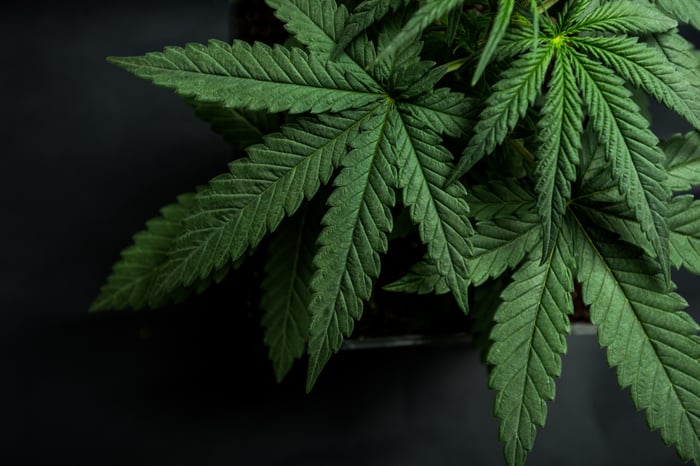 The case for OrganiGram Holdings

With a market cap of only $697 million, OrganiGram is currently one of the smallest Canadian marijuana producers by valuation. However, this tiny pot company packs a big punch. OrganiGram, for instance, expects its annual harvest to grow from 36,000 kg to over 113,000 kg over the next 13 months. If this line holds, OrganiGram should transform into a top five marijuana producer by volume in a year's time.

The company's true competitive edge, though, comes from its award-winning dried flower product line. As proof, OrganiGram won two voter-driven awards for its products at the Canadian Cannabis Awards in 2017. The company, therefore, might be able to enjoy premium pricing for its outstanding dried flower products -- even as the Canadian pot market eventually becomes saturated.

OrganiGram is also building bridges to key foreign markets such as Australia and Germany. For instance, the company is already partnered with Cannatrek in Australia and with Alpha-Cannabis in Germany. This rapidly growing international footprint may, in turn, attract a deep-pocketed partner, such as one of the many top beverage markers reportedly looking to jump into the fray.

Another big plus is that OrganiGram is fairly well capitalized at the moment. While its debt burden of $74 million is a tad steep for a company of its current size, OrganiGram also has a noteworthy $117 million in cash on hand. As a result, the company should have the financial capacity to continue expanding its operations as demand dictates.

CannTrust is somewhat unique in the Canadian cannabis landscape because the company has a well-established foothold in the medical marijuana market already. Through its partnership with Canada's largest generic drug company Apotex, CannTrust has built a strong leadership position in the medical cannabis market at home and the company is now looking to expand this business globally.

As a result of its early entry into the medical cannabis space, CannTrust also sports one of the healthier balance sheets in the industry right now. At last count, the company had roughly $75 million in cash and cash equivalents and only $7.76 million in debt.

CannTrust's ability to maintain a relatively clean balance sheet is certainly impressive. The company, after all, has been aggressively ramping up its production capacity ahead of the legalization of recreational marijuana for adult use in Canada this coming October.

In particular, the company has been rapidly expanding its Niagara greenhouse facility to over 1 million square feet, which should result in annual yields exceeding 100,000 kg by 2019. That forward-looking output level would thus catapult CannTrust into the top five biggest cannabis producers in Canada.

CannTrust has also been busy developing a diverse array of products -- from oils, premium dried flower products, gel capsules, to cannabis-infused coffee beverages -- to begin the all-important process of building brand awareness. As the Canadian legal marijuana market gets past the novelty stage, brand awareness is sure to become a key feature determining the winners and losers and in terms of market share.

Which pot stock is the better buy?

Although OrganiGram appears to have a bright future ahead of it, CannTrust is arguably the better buy right now. CannTrust, after all, has a stronger balance sheet, as well as a sizable leg up in terms of current production capacity. Those two key competitive advantages should allow CannTrust to get off to a red-hot start once the Canadian recreational pot market opens up in less than two months. OrganiGram, on the other, is still in the process of building out its basic infrastructure in order to compete with the industry's top dogs.

Marijuana: The Most Dangerous Investment You Can Make?
413%