Here's how it'll win it back.

Apple's business is critically important to Broadcom's wireless business. In fact, Broadcom said in its last annual regulatory filing that "aggregate sales to Apple Inc., through all channels, accounted for more than 20% of our net revenue for fiscal year 2017." 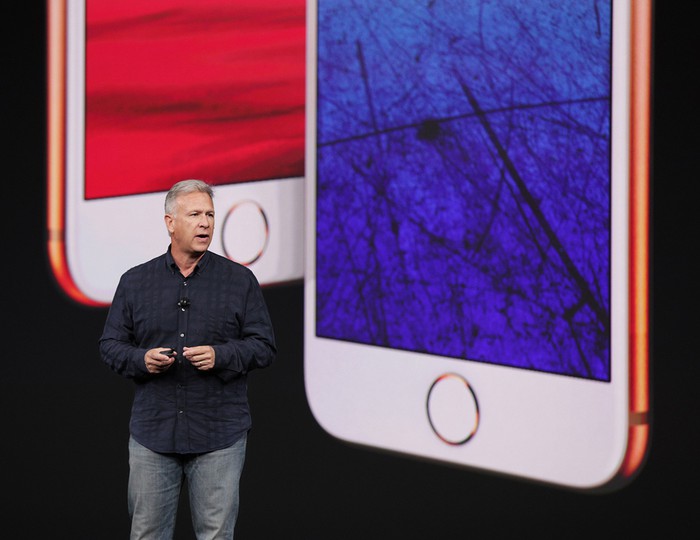 That figure was up from "approximately 15%" in the prior year, Broadcom disclosed.

During Broadcom's Sept. 6 earnings conference call, CEO Hock Tan admitted that the company's wireless business "may be down single digit year-on-year" in its current quarter. Let's go over why.

Tan began by saying that the company's RF front-end business (which he estimates as "roughly half" of the company's wireless revenue) "competes and competes very well based on its technology leadership and its ability to deliver differentiated, high-performance products, generation after every generation."

The executive then explained that its customers occasionally (in this case, Apple) might opt to reuse "the same technology platform" in a new product. "And when this happens, it does create an opportunity for a customer to temporarily use lower performance alternatives in selected SKUs," Tan admitted.

You may recall that analyst Romit Shah claimed a few months ago that Broadcom wouldn't supply a chip known as a PAD filter in the upcoming 6.1-inch LCD iPhone. Instead, competitor Qorvo (QRVO -3.56%) would get the spot.

If we look at the specs of the upcoming iPhone models that generally reliable analyst Ming-Chi Kuo published a little while back, we can see that though the higher-end iPhone Xs and its larger counterparts are expected to support 4x4 MIMO antennas, the 6.1-inch LCD model will only support 2x2 MIMO. This suggests that Apple will try to differentiate its highest-end models on wireless performance (meaning it'll cut corners on wireless performance in its lower-end model).

Also keep in mind that while the higher-end iPhones will likely generate the most buzz, the 6.1-inch model is expected to be the biggest seller. TrendForce, in a press release dated Aug. 14, said that "the 6.1-inch LCD model would be positioned by Apple's main product this year, with a production share of around 50% in the new iPhone series."

Broadcom thinks it can win back the business

Although losing some Apple business to a competitor is clearly proving to be a setback for Broadcom's wireless business, Tan appears confident that it'll get that business back.

"But every indication we have is that the cadence of annual platform upgrades will resume in the upcoming 2019 smartphone generation," Tan said. "And we believe we're very well positioned to win back the platform."

He went on to tell investors that "we expect to see our wireless revenue returning to double-digit growth in fiscal [year] 2020, following a temporary dip in fiscal 2019."

It seems likely that Apple is banking on the lower-cost 6.1-inch iPhone this year to help grow iPhone unit shipments (which are still below the peak that the company enjoyed during the iPhone 6 cycle). To that end, it'll probably need to price the product aggressively. It's not a surprise, then, that Apple would opt to endow the device with a lower-cost wireless subsystem to save on manufacturing costs to keep its margins up.

Broadcom's wireless business, at least this year, seems to have been a victim of that effort.

The good news, though, is that Broadcom is extremely diversified -- only about 30% of its revenue during its fiscal year 2017 came from its wireless business (although its wireless business itself is highly dependent on Apple). And, on top of that, management seems confident that it'll win back what it lost in subsequent iPhone generations.