Please ensure Javascript is enabled for purposes of website accessibility
Log In Help Join The Motley Fool
Free Article Join Over 1 Million Premium Members And Get More In-Depth Stock Guidance and Research
By Ashraf Eassa - Feb 14, 2018 at 6:18AM

Is this chip giant's iPhone growth story coming to an end?

Chip giant Broadcom (AVGO -1.64%) is set to enjoy significant growth in its wireless chip business this year thanks in large part to a substantial boost in the dollar value of content in the Apple (AAPL 1.62%) iPhone 8, iPhone 8 Plus, and iPhone X smartphones. 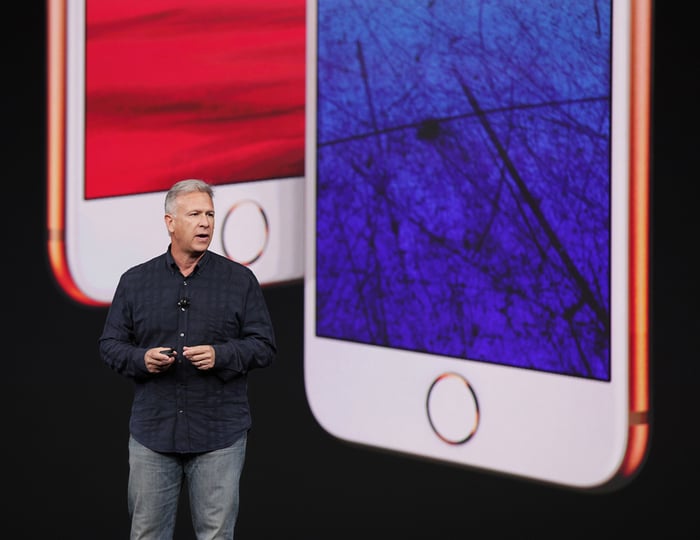 Shah reportedly said that Broadcom is set to see its average wireless chip content per flagship iPhone drop from around $23 in the current models to just $19 in the models that'll launch later this year. That drop, Shah explained, will be due to the loss of the so-called PAD filter spot in the LCD iPhone to smaller competitor Qorvo (QRVO -1.96%).