Please ensure Javascript is enabled for purposes of website accessibility
Log In Help Join The Motley Fool
Free Article Join Over 1 Million Premium Members And Get More In-Depth Stock Guidance and Research
By Dan Caplinger - Sep 12, 2018 at 9:19AM

Find out how these international car companies compare.

Many people focus solely on the U.S. auto market, and even though both Toyota Motor (TM -0.47%) and Fiat Chrysler Automobiles (FCAU) are international players, they have a major presence within the U.S., thanks to their extensive domestic manufacturing capacity and well-known brands. The advent of trade tensions between the U.S. and other key nations globally has forced both Toyota and Fiat Chrysler to pick their way carefully through a minefield of potential political and macroeconomic issues to try to take advantage of both a strong U.S. economy and prospects for growth internationally.

Many value investors have looked more closely at auto stocks lately, because their share prices haven't always kept up with their earnings growth in recent years. The cyclical nature of the business, however, makes it risky to look only at valuation without taking other factors into account. Below, we'll look more closely at Toyota or Fiat Chrysler to see which one looks more promising right now. 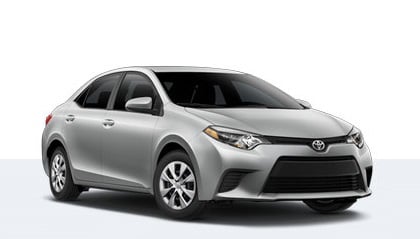 Neither Toyota nor Fiat Chrysler has done all that well lately. Toyota shares are up 4% since September 2017, while Fiat Chrysler's stock has risen 3% over the same period. Both companies have seen substantial drops more recently, with three-month declines of 12% for the Japanese automaker and 21% for its multinational rival.

For dividend investors, the decision is easy. Toyota's dividend yield is about 3.6% based on current stock prices. Fiat Chrysler, by contrast, doesn't pay a dividend at all.

The dividends that Toyota pays vary from period to period based on its net income, with the Japanese automaker setting a payout ratio target of about 30%. That gives the company enough latitude to tailor its payout to its financial needs, and as the automaker looks to keep up with rivals in key areas like self-driving vehicles, it has set itself up with a sustainable dividend that won't hurt its ability to compete.

Fiat has other considerations to keep in mind, with its financial situation requiring the company to focus more on repaying debt. That way, if interest rates keep rising, Fiat will avoid seeing the full impact on its overall interest expense. Once the debt gets paid down adequately, investors could well start to see Fiat Chrysler move toward paying a dividend. For now, though, Toyota is the clear choice for dividend investors.

Both Toyota and Fiat Chrysler have had to make major strategic moves in order to remain competitive as the outlook for auto sales in the U.S. and elsewhere begins to get cloudier. For Toyota, smart moves to anticipate future issues are paying off, with vehicle sales volumes jumping 18% in the automaker's most recent quarter to boost overall revenue and earnings. Despite challenges in Japan, a combination of good conditions in Europe and cost-cutting measures to boost operating margin helped to allow Toyota to excel. In order to sustain sales in the U.S., Toyota has had to ramp up incentives to buyers, and China wasn't the growth leader it's been in the past. But most of Asia remains good, and Toyota foresees good performance for the rest of the year and beyond.

The unexpected death of Sergio Marchionne has put Fiat Chrysler into a crisis situation, and new CEO Mike Manley has had to hit the ground running in order to keep the automaker moving in the right direction. Fiat's recent performance has been mixed, with a 6% rise in unit sales volume keeping the company's top line rising, but earnings were down 35% in its most recent quarter compared to the year-ago period. Fiat Chrysler has seen considerable success in the Americas, but China has been a disappointment, and troubles for high-end models like the Maserati brand forced the automaker to reduce its 2018 guidance. Nevertheless, bulls are enthusiastic about Fiat Chrysler's opportunities once its transition is complete.

Look for the rising sun

Despite a more expensive valuation, Toyota remains my pick between these two automakers. With a new leader at the helm, Fiat Chrysler faces some challenges that will take time to resolve. Toyota's more predictable business prospects and dividend income make it a better investment for those looking for greater stability and less risk.