The stock of home security camera specialist Arlo Technologies (NYSE:ARLO) had a wild ride after separating from Netgear (NASDAQ:NTGR) with its Aug. 3 IPO. Priced at $16 per share, it advanced, retreated, then jumped to almost $24 before collapsing to $18 following its first earnings report as an independent company.

Although Arlo owns 40% of the home security camera market by dollar sales, it leads a crowded, highly competitive market that has some powerful rivals, not least of which are Amazon.com (NASDAQ: AMZN) and Alphabet's Google. Confronting them as part of Netgear is one thing; having to do so by itself is apparently another. 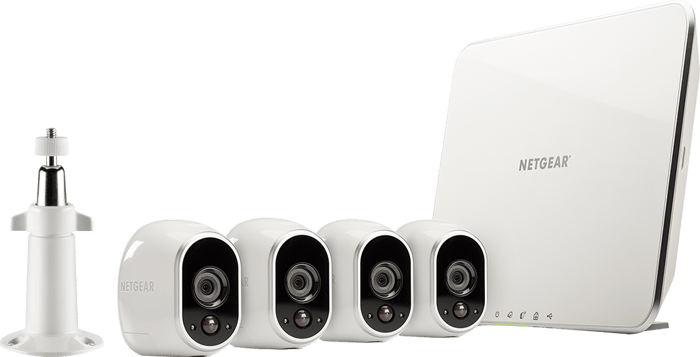 Home security is not the sexiest industry for a hardware maker, though internet-connected security cameras are a fast-growing field. Still, Arlo was late to the fastest-growing segment of the market, connected doorbells.

Amazon's Ring virtually owned the entire market, with a 97% share last year, though a lot of alternatives have hit the market since, including Google's Nest Hello video doorbell and August Doorbell Cam. Market researchers at Strategy Analytics say the home security camera market will hit $9.7 billion by 2023, and the doorbell market alone is expected to be a $1.4 billion opportunity. Arlo, however, only introduced its own version this past summer, the Audio Doorbell, but it doesn't come with a built-in camera as Arlo apparently wants consumers to buy its individual cameras.

That seems like a missed opportunity by the camera maker and is but one of the risks investors need to consider as it begins to navigate these waters alone.

As part of Netgear, which still owns 84% of the company, Arlo was one of the networking device manufacturer's best-performing divisions -- but now solo, it is going to try to make the jump from hardware to services provider, which currently makes up only a very small portion of its business.

In Arlo's just-released second-quarter earnings report, of the $111 million in revenue it generated, Arlo said only $9 million came from services. That was up 38% from the year-ago period, but a slower growth rate than it experienced with hardware sales, which were up 40%. And as other tech device makers have found, making the leap from hardware to services isn't always so easy to do.

Action-cam maker GoPro (NASDAQ: GPRO) also found itself confronted with the need to develop recurring revenue streams. Because its sports cameras were so well made and feature-packed, there was no real need to upgrade them when new models came out. It tried branching out into cloud-based services to boost revenue and sales, but the move hasn't made a meaningful contribution to the company's results or helped sell many more cameras.

Arlo may find itself in a similar situation, as there is no real need to buy and install the newest security camera each year. Converting people to its Arlo Smart paid subscription might not be so easy, especially since each camera already comes with rolling seven-day cloud storage of your video feed for free. The subscriptions give users longer storage, enhanced video capabilities, and law enforcement notifications for suspicious activity viewed on the camera.

Arlo devices also carry a premium price compared to the competition, particularly Ring. After Amazon acquired Ring earlier this year, it immediately dropped the price on its doorbell. Amazon also introduced its first branded security camera, the Cloud Cam, which works with Alexa, and at $119 is almost half the price of the Arlo Q, though the latter may have more features (it also works with Alexa). And as more players enter the market, the new competition will drive prices even lower.

Security cameras may become an integral component of the connected home and they do give Arlo Technologies the chance to grow further. But changing direction from hardware to services as it is also trying to fend off well-funded competition thirsty for more may not be so easy, and could cause its growth trajectory to go out of focus.