On a mildly positive day for the broader markets, see why Discovery popped and Micron plunged.

After waffling between positive and negative territory throughout the day, U.S. stocks managed -- barely -- to extend their recent gains on Wednesday following a report that the U.S. may hold new trade talks with China that could ease tensions. By the close, the Dow Jones Industrial Average ( DJINDICES:^DJI ) had risen a modest 0.1%, while the S&P 500 ( SNPINDEX:^GSPC ) edged just into positive territory. 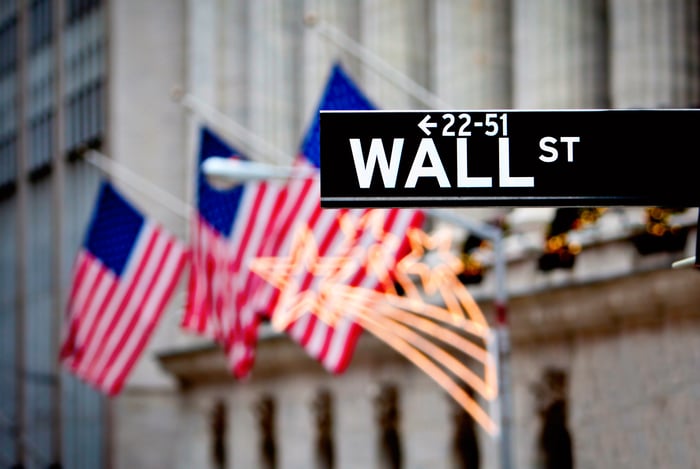 "At Discovery, we are committed to bringing our portfolio of high-quality, safe family friendly brands and content to viewers across every screen, service and devices around the world," stated Discovery President of Affiliate Distribution Eric Phillips. "Our new agreement with Hulu affirms the strength of our brands and their value in a marketplace with an increasing array of options."

If that wasn't enough, Hulu simultaneously struck an exclusive licensing agreement with the Oprah Winfrey Network (OWN), which is part of Discovery Networks, to bring four of its top-rated scripted series to Hulu, including Tyler Perry's The Haves and Have Nots, If Loving You is Wrong, The Paynes, and Love Thy Neighbor.

Cloudy skies ahead for Micron?

Meanwhile, shares of Micron sank as much as 6.7%, then partially recovered to close down 4.3% after Goldman Sachs analyst Mark Delaney downgraded the memory chip leader to neutral from buy.

To justify his relative bearishness, Delaney voiced concerns over a potential downturn in the memory market, driven by "more challenging" supply-and-demand dynamics for DRAM and an oversupply in the NAND market in the coming quarters.

"Memory downturns usually last for several quarters and can see an acceleration in price declines as customers delay procurement to wait for lower prices when possible, causing a snowballing effect that can lead to downturns to be worse than initially anticipated by investors," he added.

As such, he expects Micron's gross margins will decline on a sequential basis from its current fiscal fourth quarter through the first half of calendar 2019.

With shares of Micron up more than 25% over the past year leading into this bearish call, it's hardly surprising to see such a sharp pullback in response to Delaney's pessimistic prediction.