Despite operating in an industry marked by fierce competition and cyclical ups and downs, networking equipment vendor Ciena (NYSE:CIEN) has been posting stellar results and taking market share. The story continued with the company's recent earnings release, sending shares up by double digits to new 52-week highs.

What's Ciena doing right? At the moment, just about everything. The company has carved out a place as the biggest optical networking player that isn't a part of a larger tech conglomerate, leveraging this leading specialist position into significant customer wins.

That led to very strong 12% revenue growth  last quarter, much higher than the previous quarter's 3% growth and projected industry growth (excluding China) of just 2.6%. It's even well ahead of Ciena's own 5% to 7% three-year annual growth targets.

So what's behind these stunning numbers? 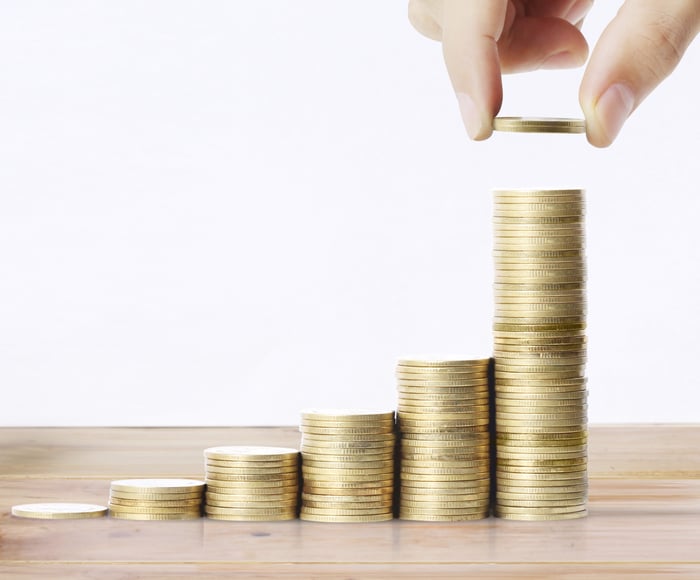 Management has long argued that Ciena benefits from its large global scale, which allows it to reinvest in innovation and customer service. CEO Gary Smith said:

It's this virtuous combination of absolute leading technology and a roadmap of that technology ... and the combination of the fact that we've got the largest optical sales force in the world ... And so, you combine the two and you just get the virtuous velocity of leadership. And that's why we're taking market share so dramatically over the last few years.

Management pointed to significant customer wins in new large Tier 1 customers in Europe, specifically Deutsche Telekom, which will adopt the company's Wavelogic technology across its entire European footprint. Wavelogic allows companies to automate and centrally manage smarter networks with much greater ease than previous technology generations. Wins like this led to the Europe, Middle East, and Africa region increasing revenue 27% in the quarter.

The company's strong performance also spread to Japan, where the country's telecoms had traditionally bought mostly from local Japanese optical vendors. However, in the past year, Ciena won deployments with several Japanese telecoms, and the company's revenue there more than doubled compared to the year-ago quarter.

Tier 1 telecoms are crucial, as they are big buyers of equipment. For instance, Verizon and AT&T are Ciena's two largest customers, each accounting for over 10% of Ciena's sales last quarter. Landing "big fish" overseas should further boost the company's telco position.

Another major growth driver for Ciena was the giant Webscale segment -- meaning public cloud giants -- that are turning to Ciena to boost network speeds between their public data centers and end customers. In fact, the company reported that a "large Webscale player" was also a 10% customer last quarter, along with AT&T and Verizon.  "Direct Webscale" revenue surged 150% to make up 20% of the company's overall revenue for the first time ever.

One of the bigger pieces of Ciena's recent success is the company's newfound financial stability. Over the past five years, the company has been able to lower net debt from over $700 million in 2013 all the way to a $52 million net cash position last quarter.

They're not only buying into what's on the shelf, they're buying in your ability to continue to drive that story and drive that innovation. And now, more than ever, people are starting to question the ability of some folks in the industry to follow through on that. And the financial strength that we have to be able to continue to invest in that innovation is actually starting to become a major differentiator.

To maintain its technological edge, the company will not only spend a robust $400 million on research and development this year, but also recently purchased software company Packet Design for about $40 million. Packet Design should boost the company's new Blue Planet software offerings, which could help to further differentiate Ciena's network management tools in the future.

As I've written previously, Ciena has been using its strength to take advantage of others' weakness in challenging market conditions, and it looks like the payoff has finally come, with robust 12% growth last quarter. It will be interesting to see if that revenue boost is sustainable, and also what new networking innovations the company might unveil next.