The stock market moved higher on Thursday, lifted by a positive reception from China to the idea of renewed trade discussions with U.S. representatives. Most major market benchmarks posted solid gains, with the Dow Jones Industrials climbing by triple digits and other popular indexes getting closer to new record highs. Also pushing the market upward were some favorable news reports relating to individual stocks. Tailored Brands (NYSE:TLRD), Impinj (NASDAQ:PI), and Tilray (NASDAQ:TLRY) were among the best performers on the day. Below, we'll look more closely at these companies to tell you why the stocks did so well.

Tailored Brands climbed 10% after the men's apparel specialist reported its fiscal second-quarter results. The company said that comparable sales rose 1.7% year over year, with a gain of 1% at its core Men's Wearhouse unit, and 2% at its long-struggling Jos. A. Bank division. Overall revenue fell due to a reduction in tuxedo and formalwear rental proceeds, as well as a calendar shift. However, CEO Doug Ewert said he was excited about "the progress we are making to move to a leaner, more efficient inventory model, which his particularly important as custom clothing becomes a larger percentage of our mix." After some challenging years for Tailored Brands, shareholders hope the company is finally positioned for a sustained turnaround. 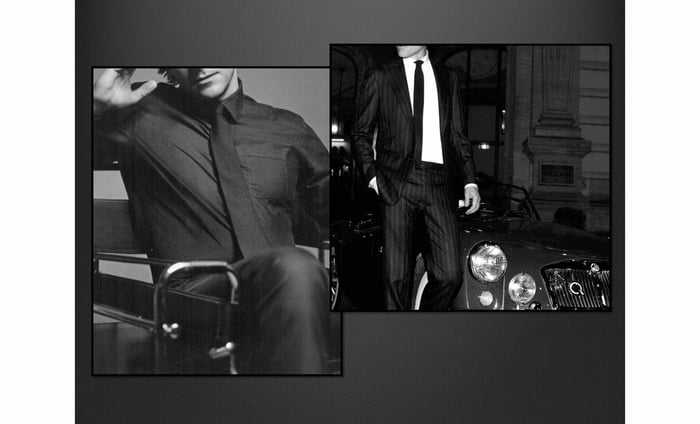 Impinj exploded 34% higher in the wake of the delayed release of its second-quarter earnings report. The radio-frequency identification specialist was forced to do an internal investigation of allegations from a former employee, which led in turn to management's decision not to release results on Aug. 6 as originally scheduled. Included in Thursday's report was word that the investigation had been completed, and an assertion that no real evidence had been found to support the allegations. Though the RFID manufacturer reported lower revenues and a wider loss than it did a year ago, those results were consistent with the preliminary guidance Impinj had given, and shareholders just seemed relieved by the  absence of bad news.

Finally, Tilray climbed another 11%. The Canadian marijuana company came into the day with its stock already having quadrupled in price in just the past month. Excitement about the impending start of legal recreational marijuana sales in Tilray's home market has had investors bidding up stocks across the industry, but Tilray also had some company-specific good news. It reported Thursday that it had obtained permits to export a bulk supply of medical cannabis flower to Germany. With a market cap of more than $10 billion, Tilray has inspired high expectations among its investors, but it remains to be seen whether reality can live up to the hype surrounding the legal marijuana business.