Walmart is revamping Jet.com to appeal to more urban shoppers.

Walmart (WMT -2.74%) has always had to deal with the growing presence of Amazon.com (AMZN 0.19%), but recently, it's felt like the old Netflix-HBO story. Walmart wants to become Amazon before Amazon can become Walmart.

Walmart's latest move is a complete revamp of Jet.com, the e-commerce company it bought in 2016 for $3.3 billion. The new version of Jet.com is highly focused on urban dwellers, including images and products tailored toward shoppers' locations. Customers in New York will be able to receive same-day shipping on select products, similar to Amazon Prime Now. Jet will expand that to other major East Coast cities -- Boston, Philadelphia, DC -- in the coming months. Walmart will rely on its Parcel acquisition to help fulfill orders. 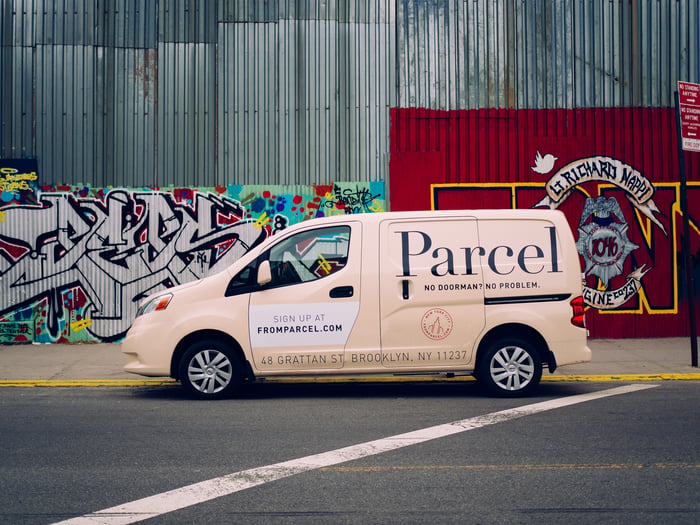 New Yorkers may be seeing more of these vans on the street soon thanks to the revamped Jet.com. Image source: Walmart.

The growing threat of Prime Now

Consumers still have to be a Prime member, which now costs $119 per year, to take advantage of Prime Now. Although, with over 100 million Prime members worldwide, that doesn't appear to be much of a hurdle.

Amazon has invested heavily in its fulfillment network in order to provide those kinds of benefits. It's also starting to work with independent contractors to expand its own logistics network. Amazon's investments have enabled it to grow Prime Now to new cities and establish an increased presence in the online fresh grocery market.

Walmart has aggressively pursued digital grocery shopping over the last couple of years in an effort to maintain its dominance of the industry as more orders move online. To its credit, Walmart has seen substantial growth in fresh food sales both in-store and online. The category saw its best comparable sales growth in nine years last quarter thanks to the continued expansion of online grocery ordering.

Still, Amazon's rapid expansion of Prime Now and its tie-in with Whole Foods present a serious threat to Walmart. Using Jet.com as a platform for rapid delivery of groceries and convenience items is a way to combat that threat.

If Walmart wants to offer Amazon-like services, it's going to have to accept Amazon-like margins. Investors have already seen the impact of Walmart's efforts to keep up with Amazon in the company's earnings results. The revamp of Jet.com and the future expansion of the platform's same-day shipping benefit will only eat further into the company's margins.

As mentioned, plans for Jet.com include same-day delivery in major cities starting on the East coast. In order to help, Walmart is opening a new fulfillment center in the Bronx this fall. It will need similar fulfillment centers in each major city as well as a growing fleet of delivery drivers to support same-day delivery across multiple metro areas. Not only is that an increased level of investment for the long term, it's an ongoing operations expense as well.

While Walmart can't just sit around and wait for Amazon to eat its lunch, investors will have to accept that the competitive pressure of Amazon will continue to weigh on operating margins despite Walmart's scale. The revenue growth Walmart has been able to produce, particularly online, is quite impressive, but Walmart will have to continue taking steps like its latest move with Jet.com to maintain that level of growth.