Apple launched some great products on Sept. 12, but there's still room for improvement.

Nevertheless, while these phones seem like great achievements, there are still some enhancements I'd like to see Apple deliver in next year's premium iPhones. Here are two of them. 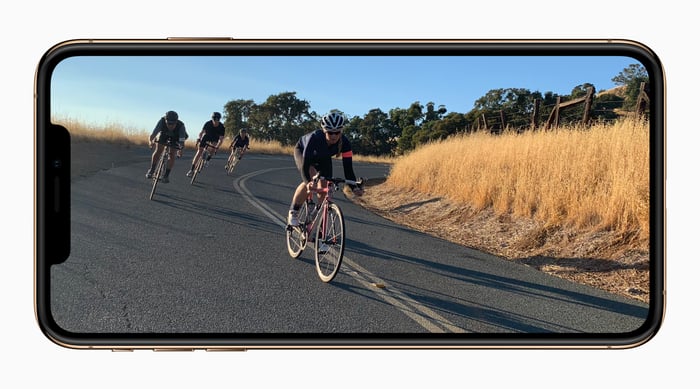 According to Phil Schiller, Apple's senior vice president of worldwide marketing, the iPhone Xs and iPhone Xs Max feature several camera improvements over the prior-generation iPhone X, such as a new image sensor for the wide-angle camera, an enhanced version of its True Tone flash technology, as well as an improved image signal processor embedded in the A12 Bionic chip that powers the phones.

There have been persistent rumors that Apple will introduce an iPhone with a triple rear-facing camera next year, coming from multiple sources including Economic Daily News, analyst Jeff Pu with Yuanta Securities , and ETNews (which claims that this will add 3D sensing features to the rear-facing camera). Given how loud the rumor mill seems to be about this, I'm optimistic that I'll get my wish.

In 2017, Apple released an updated version of its iPad Pro lineup with screens that could refresh at a rate of 120Hz -- double the rate of what displays on prior-generation iPads could. Apple markets its zippy iPad Pro screens as ProMotion displays.

A higher refresh rate should translate into an improved user experience and could serve as an effective selling point. Here's what AppleInsider's Neil Hughes had to say about the ProMotion display in his review of the 10.5-inch iPad Pro:

While the larger screen is appreciated, it's the entirely new display technology that impresses. Dubbed ProMotion, the technology found in the new iPad Pro enables the screen to run at a stunning 120Hz.

It's difficult to appreciate the difference this makes in the fluidness of iOS without experiencing the new iPad Pro in person. Simple acts such as scrolling on a website or switching between home screen pages now happen more fluidly, with details and letters crisp as the content moves.

Bloomberg reported that Apple had "tested" a high refresh rate display for last year's iPhone X, but the technology ultimately didn't make it into the device. Unfortunately, that feature doesn't seem to have made it into this year's iPhone lineup, either. I suspect that the move to higher refresh rate displays in the iPhone will happen eventually, although I'd really like it to be sooner rather than later.

Ultimately, Apple delivered a great set of products with the iPhone XS and iPhone XS Max but there's still plenty of room for improvement and innovation in future iterations of these products. If Apple includes the two features described here, then those innovations -- coupled with the standard advances that Apple delivers generation over generation (e.g. faster processor, better camera, zippier wireless connectivity) -- then the company should be on track to deliver a worthy successor to this year's already excellent premium iPhones.