KLX is a strange beast, as it comprises two main business units. The Aerospace Solutions Group distributes small airplane components such as bolts, clips, hinges, and screws. With $1.4 billion in annual sales, this is KLX's largest business unit -- and it's selling out to Boeing in a $4.25 billion deal initially expected to close sometime in this current third quarter of 2018  -- later postponed to Q4.

A smaller business unit, the Energy Services Group, sells various goods and services related to the oil extraction and fracking industry. That unit is obviously of less interest to Boeing, and so the goal was to divest it before the latter buys the part of KLX that it actually wants to own. Today, in accordance with a previously announced plan, this smaller unit ($320 million in annual sales) spun off from the parent company as KLX Energy Services. And as management pointed out today, "starting today, September 17, 2018, KLX common stock will no longer include the value of KLX Energy Services." 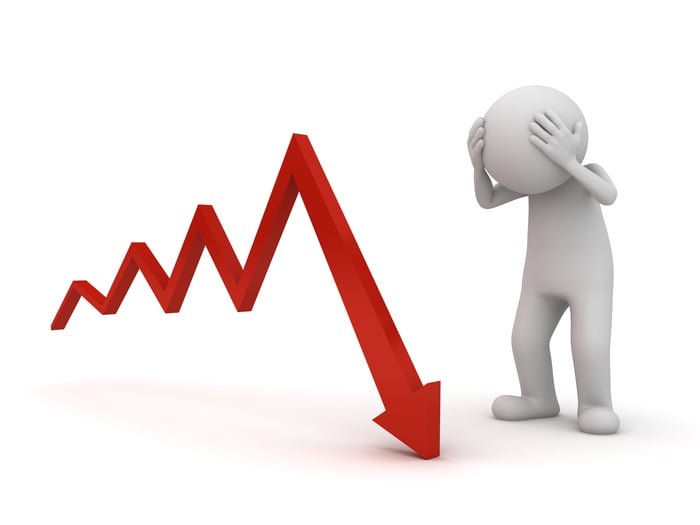 Yes, KLX stock went down today -- but there's no need to be upset about that. Image source: Getty Images.

KLX Inc. shareholders received 0.4 shares of KLX Energy per each share of KLX Inc. they own under the spinoff. As of today, they own shares in both KLX Energy and KLX Industries as separate stocks.

As for what happens next, KLX shareholders approved the merger with Boeing last month, so barring any interference by regulators, that should proceed as planned, and KLX shareholders should expect to receive $63 per share in cash from Boeing when that merger closes before the end of the year.