Please ensure Javascript is enabled for purposes of website accessibility
Log In Help Join The Motley Fool
Free Article Join Over 1 Million Premium Members And Get More In-Depth Stock Guidance and Research
By Brian Feroldi - Sep 17, 2018 at 11:23AM

Shares dropped by double digits on Monday. What's going on?

Shares of Tandem Diabetes Care (TNDM -4.24%) were down 16% as of 11:02 a.m. EDT on Monday. There wasn't a single press release, SEC filing, or analyst downgrade that could explain the move. Investors can likely chalk up the decline to normal volatility.

Tandem Diabetes Care has been one of the hottest stocks of 2018. Shares traded hands for less than $3 at the start of the year. They are now more than $40, even after accounting for today's drubbing. A move of that magnitude usually comes with increased volatility, which is what investors are experiencing today. 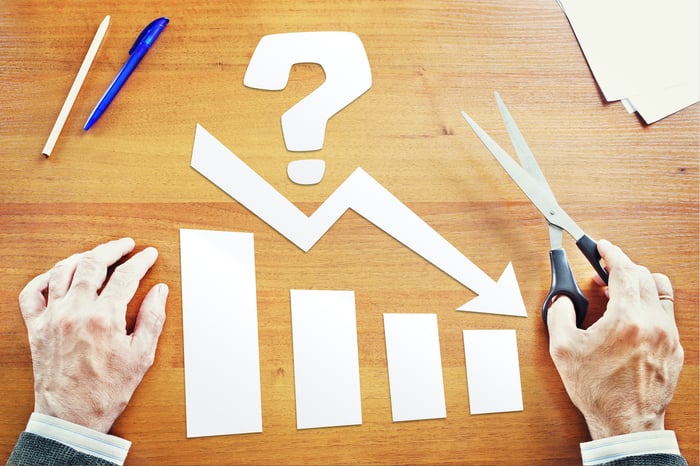 Tandem's turnaround has been nothing short of miraculous. In 2017, the company reported a net loss of $73 million and held only $24 million in cash on its balance sheet at year end. Those numbers make it obvious why Wall Street didn't have high hopes for the business. Thankfully, the company was able to raise $69 million in February from a secondary common stock offering. While the dilution was horrendous, the cash injection probably saved the business from bankruptcy.

Management is guiding for sales growth of at least 23% in 2018 and for its operating margin to land between negative 40% and negative 35%. That's an improvement over the prior year, but it suggests that this company still has a long way to go to get to profitability.

Overall, it's great to see that Tandem's finances are improving, but it's important to remember that this company still faces an intense amount of competition from both Medtronic and Insulet. For that reason, I'm content to take a pass on this red-hot growth stock and focus my time and attention on far more compelling healthcare companies.