People have been LOLing over Procter & Gamble's (NYSE:PG) application to the U.S. Patent and Trademark Office to register the acronyms LOL, NBD, FML, and WTF to use on personal and household products. Those acronyms are texting shorthand for "laugh out loud," "no big deal," and a couple of more vulgar phrases whose meaning you can find online.

If the company succeeds, would everyone need P&G's permission to text LOL to their friends? According to Ad Age (signup required), which first reported P&G's effort last month, no, they wouldn't. According to the publication, it's NBD if the consumer products giant is successful, because a company hijacking a word or phrase for its own use doesn't mean you can't use it or say it. It just means you can't make a similar product with the same name. Ad Age reports that P&G is looking to use the acronyms on packaging and marketing materials. 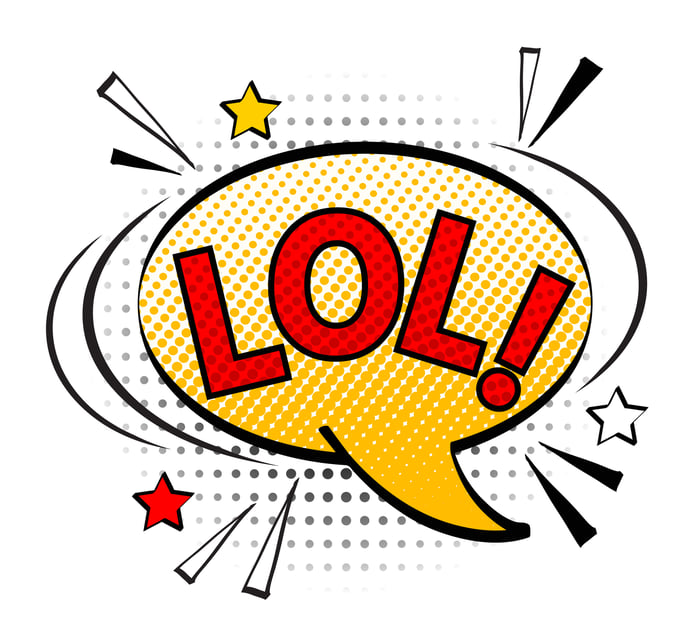 Finding a catchy name for your product that sticks in the minds of consumers is the goal of just about every company. It can be worth hundreds of millions of dollars in free advertising to have a memorable brand.

And companies go out of their way to protect their trademarks. When Costco (NASDAQ: COST) sold an engagement ring it called The Tiffany, the jeweler Tiffany (NYSE: TIF) took umbrage and sued the warehouse club for infringing on its brand.

Costco tried to argue the name had become generic. But Tiffany has 97 separate trademarks related to its name, and says its rings are manufactured to such strict specifications that 99.96% of all gem-grade diamonds fail to be good enough to be used in one of its settings. Costco ended up having to pay Tiffany nearly $20 million for the $3.7 million in sales it made on the rings.

The high cost of generics

While the Tiffany name hasn't quite fallen into common usage, plenty of companies have lost substantial brand value because their product names slipped into generic usage and lost their trademark protection. There's even a word for it: genericide.

Some of the more notable cases include aspirin, escalator, and zipper. And though many think of Band-Aid bandages, Kleenex tissues, and Xerox copiers in the same vein, they remain by law protected brands of Johnson & Johnson, Kimberly-Clark, and Xerox, respectively.

Losing the power of a brand name can be costly. Although it's not quite the same, we see a similar outcome when a drug patent expires and generic versions move in. Lipitor generated $10.7 billion in revenue for Pfizer (NYSE: PFE) in 2010, or 15% of its total revenue, but when it lost patent protection in November 2011, sales fell to $9.6 billion that year,  and they continued to fall.

It's not all about names

What Procter & Gamble is doing is a little bit more out of the mainstream, like companies that have trademarked colors, such as Mondelez International's Cadbury division, which has trademarked the Pantone 2685C shade of purple, or the chocolate brown color of UPS trucks.

Other companies have trademarked sounds (the Aflac duck quacking its name), shapes (PepsiCo's Frito-Lay unit has one for a spiral chip), and even smells (Hasbro's Play-Doh had its distinctive smell registered just this year). 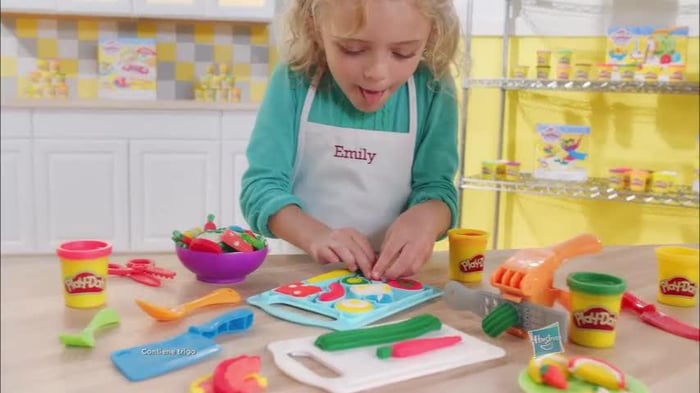 Hasbro has trademarked the smell of Play-Doh. Image source: Hasbro.

A bid for relevancy

Forbes ranks Procter & Gamble as the world's 26th most valuable brand. Pursuing millennial consumers by attaching a product to words and phrases that they use every day, that their generation popularized, and a couple that are naughty, could end up making its brand even more lucrative. And the company could use the boost. Sales for P&G's fiscal year 2018 were 10% below the 2014 level and operating income was down 1.5%. It needs some way to connect with this generation of consumers. But don't go texting congratulations just yet. Plenty of surveys show what millennials want most is authenticity.

Slapping an LOL label on a bottle of hand soap might not be enough. And that's no laughing matter.