A revenue miss left investors with a bad taste today.

Quarterly revenue jumped 9% to $4.09 billion but was driven by acquisitions because organic volume fell 1%. Net income was $392.3 million, or $0.65 per share on a GAAP basis. On a non-GAAP basis, which pulls out one-time costs, earnings were $0.71 per share. 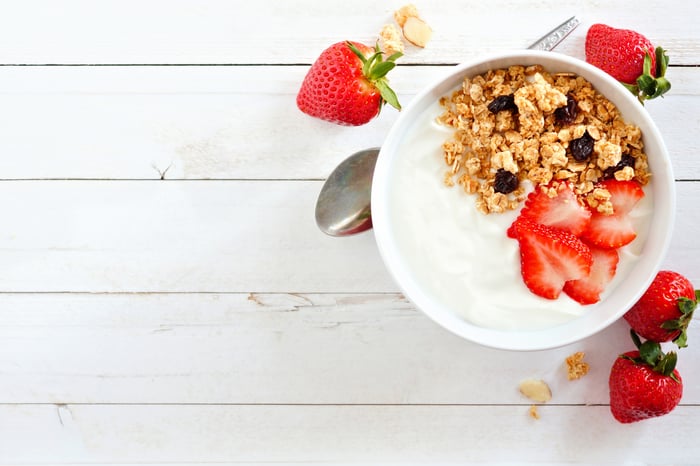 Revenue fell slightly short of the $4.12 billion that analysts were expecting, but adjusted earnings easily topped the $0.64 per share bar set by Wall Street. Clearly, the focus wasn't on earnings today, it was on top-line growth after acquiring Blue Buffalo for $8 billion earlier this year.

Analysts and investors were in a tough spot trying to guess General Mills' growth after incorporating Blue Buffalo into the business. That's one reason estimates were a little high, but it's worth noting that management has been able to control costs and beat estimates on the bottom line, which has been a challenge in recent quarters pressured by transportation costs. I wouldn't read too much into the reaction today and think we're in the early innings of extracting value from acquisitions like Blue Buffalo, which has a long growth runway for General Mills.