One company that's benefited from the rise of the smartphone has been wireless giant Qualcomm (NASDAQ:QCOM). Since the launch of the Apple (NASDAQ:AAPL) iPhone in June of 2007 -- the product that arguably ignited the ultra-mobile computing revolution -- Qualcomm's revenue is up by quite a bit. 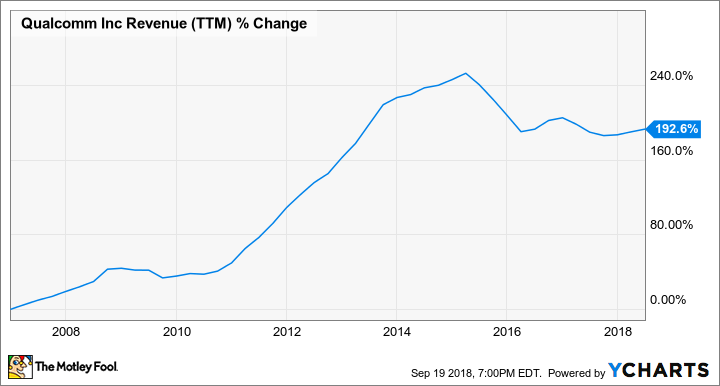 Qualcomm profits from the smartphone market in two ways. Firstly, it runs a business called Qualcomm Technology Licensing (QTL), which licenses out and collects royalties on its broad set of wireless technology patents. The company also designs and sells a range of chips into smartphones through its chip business, known as Qualcomm CDMA Technologies (QCT).

Here, I'd like to go over some key basics that Qualcomm shareholders ought to know about QCT. 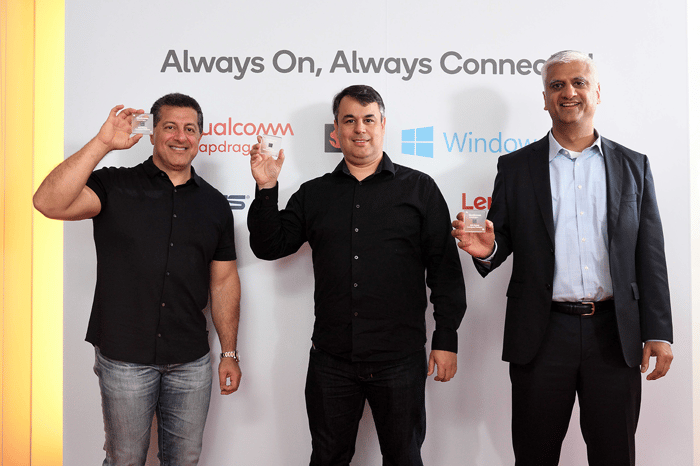 It's not hard to understand why QCT isn't anywhere near as profitable as QTL. QTL generates its revenue by licensing out its patent portfolio and collecting royalties on the sales devices that incorporate technologies that rely on QTL's portfolio of patents. That's very high-margin revenue.

QCT, on the other hand, sells chips. Not only does QCT incur substantial operating expenses to develop and market a broad portfolio of products, but those products cost something to build and ship -- in other words, that revenue has significant cost of goods sold associated with it. This ultimately means each dollar of revenue that QCT brings in isn't anywhere near as lucrative as each dollar of revenue that QTL generates.

Qualcomm is trying to boost margins

It's been a while since January 2018, so let's take a look at how QCT has performed over the first three quarters of Qualcomm's 2018 fiscal year (Qualcomm is set to report its fourth quarter of fiscal-year 2018 results on Nov. 7, 2018):

Data source: Revenue/pre-tax income data and formatting straight from Qualcomm's earnings releases, but pre-tax income margin calculated by the author to get more precise figures than what Qualcomm includes.

Going into the fourth quarter of the fiscal year, though, Qualcomm guided to a QCT pre-tax earnings margin of between 16% and 18% -- down from 20.9% in the same quarter during fiscal year 2017. That guidance, CFO George Davis said on the company's July earnings call, is driven by "a favorable mix toward Snapdragon 700 and 800 tiers, partially offset by lower shipments to Apple."

"We believe Apple intends to solely use our competitors' modems rather than our modems in its next iPhone release," Davis explained. "We will continue to provide modems for Apple legacy devices."

A large portion of QCT's revenue comes from sales of mobile applications processors and stand-alone cellular modems. However, the company has been trying to diversify QCT's revenue stream for several years now. According to Qualcomm CEO Steve Mollenkopf on the company's earnings call in July, the company expects to rake in "approximately $5 billion in revenue" from its so-called "adjacencies and RF front-end opportunities."

That "approximately $5 billion" figure, Mollenkopf said, is set to be "up more than 70% in the last two years."

If we go back to the company's January 2018 investor presentation, the company explained that these adjacencies include the following: RF front-end, automotive, Internet of Things, compute, and networking. At the time, the company forecast that this collection of businesses was "expected to contribute [$7 billion to $8 billion] to fiscal 2019 revenues and grow 25% annually between fiscal 2017 and 2019."