In a similar narrative to its last sequential quarter, the second quarter of fiscal 2018, avocado specialist Calavo Growers' (NASDAQ:CVGW) results for its most recent three months were characterized by a modest revenue contraction of roughly 2%, accompanied by vigorous growth in net income and earnings per share. Below, we'll review the raw numbers and relevant details of the company's report, which was issued earlier this month. 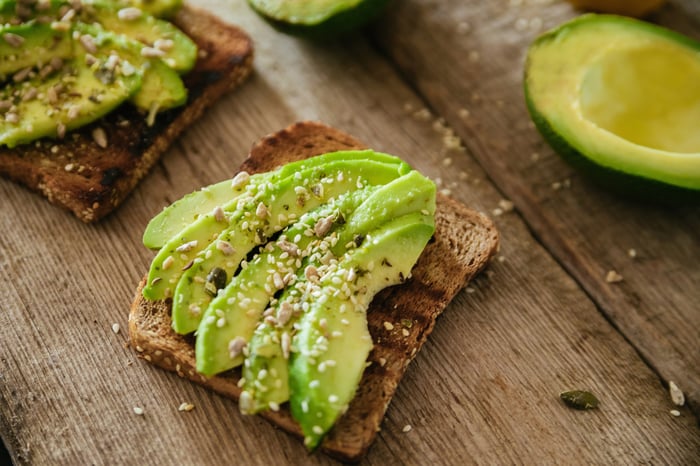 CEO Lee Cole discussed each of the individual segments in the company's press release. For shareholders, his comments on the organization's smallest but fastest-growing segment, Calavo Foods, are probably the most important to note:

We are excited about the continued upward trend line in the Calavo Foods business segment, which was a meaningful contributor to overall growth in the quarter. Twenty-five percent revenue growth in the most recent period is indicative of a great-tasting lineup of prepared avocado products that are being widely embraced by a strong client base in the retail grocery and foodservice channels. Further, the segment continued during the fiscal third quarter to maintain a gross profit margin percentage in line with historical levels more commonly experienced in our Foods business. When compared to last summer's challenging input-cost conditions, this translates into a nearly seven-fold expansion in year-over-year gross profit.

Calavo Growers avoids issuing quantitative, detailed guidance. But heading into the last quarter of the fiscal year, CEO Cole did affirm that the company is on track for a record year in terms of revenue and gross profit, and is set to achieve double-digit adjusted earnings-per-share growth. Given the boost from significantly higher margins in the third quarter, it appears that Calavo may indeed deliver on all three fronts when it reports on its final fiscal 2018 quarter in December.