It turns out that Google subsidiary Nest, which was recently reintegrated back into the search giant, is interested, too. 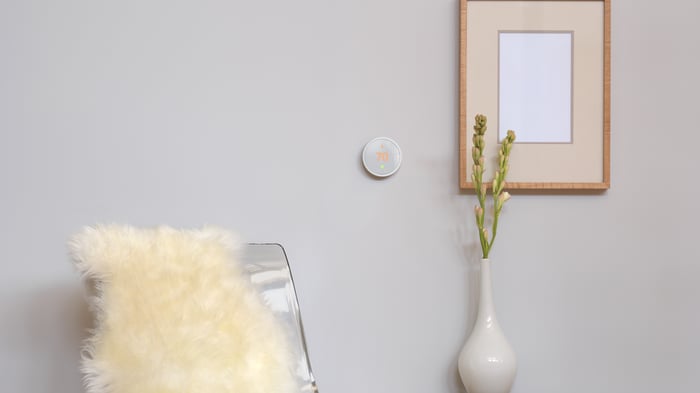 GeekWire reports that Google's acquisition of Senosis back in the summer of 2017 was actually made by Nest and not its parent company. Senosis was a health monitoring start-up that made mobile apps designed to leverage a smartphone's plethora of sensors to help users measure, diagnose, and manage diseases. At the time, the deal didn't raise any eyebrows, as it sounded like a pretty standard acquisition from a major tech giant that was actively developing a digital health platform to tack on to its mobile operating system.

Senosis was spun out of the University of Washington, and GeekWire was able to obtain records related to the deal that show that Nest was the acquirer instead of Google. Nest did a lot of work to obfuscate its role as the true buyer and make sure that the acquisition was publicly attributed to Google. Remember that Nest was separate from Google around this time, as it was an Alphabet subsidiary included in its Other Bets segment.

The news comes after Nest had reportedly expressed interest in Nokia's health-oriented subsidiary Withings, which also offers health monitors and other connected devices like smart scales. Slightly less directly related to health, CNBC reported over the summer that Nest was interested in smart-home products that could help senior citizens live independently.

It's unclear what exactly Nest has in mind, but evidence is mounting that it is preparing to expand into digital health. Nest is best known for its smart thermostat, but has aggressively expanded into other smart-home categories like security cameras, video doorbells (after acquiring DropCam), and alarm systems.

Investors also recently got their first glimpse of Nest's financials following the reintegration, which show the company is still losing quite a bit of money even as unit volumes for its smart-home products are skyrocketing. Nest is still firmly in growth mode, and expanding into digital health products could accelerate that momentum.

People tend to use digital health products at home, so the move could easily tie into its broader smart-home portfolio. Imagine having a stationary smart-home product that could use affordable sensors to help diagnose health conditions or provide assistance to the elderly. It may not be as obvious as the smartphone route, but it's just as promising.