Even though Canadian oil giant Suncor Energy (NYSE:SU) has been a cash-generating machine for its investors in recent quarters, the company continues to struggle with one of its premier assets: Syncrude. The oil-sands mining and upgrading facilities for this massive project in Alberta have been shut down or not running at full capacity several times over the past few years, and it is keeping Suncor from realizing its full potential.

Suncor's management has put together what it thinks is a comprehensive plan, but it has hit a major speed bump along the way: Its partners in the project are balking at the price. Let's look at what's going on at one of Suncor's signature assets, why that project isn't getting the support it needs, and what Suncor and investors should do about the situation. 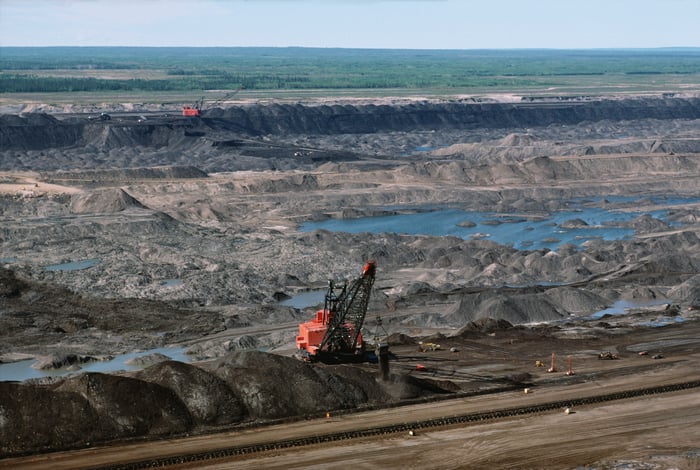 On most quarterly conference calls, management teams try to paint the company's situation in the best light possible. It's rare that executives vent their frustrations. This past quarter, though, Suncor CEO Steven Williams aired his grievances about the lack of agreement on how to best proceed at Syncrude:

I've been pleased with the commitments of the partners on that underlying maintenance and reliability program. I'm not so pleased on the aggressive plans that we put forward and the support we are getting for that. So the easiest example is we know we will get a step change in the performance of Syncrude when we put these pipelines between Syncrude and our base plant, and we will put that pipeline in.

We're not getting the sense of urgency or support we would like from our partners at the moment, so we're working hard to try and get that. But there are some areas where we're having to push the partners, because of its governance structure, to start thinking differently. You can tell from the tone of our script we're confident we're going to get there. It is taking us a little bit longer than we expected, so we fully expect to get to 90% and CA$30 [in per-barrel costs] by 2020. But we do need their help and cooperation. So all the things we've seen so far would have been picked up.

The economics of Syncrude appear on the surface to be quite good, and Suncor's partners in the project -- ExxonMobil (NYSE:XOM), and Chinese firms China National Offshore Oil Corporation (CNOOC)and China Petroleum and Chemical Corporation (Sinopec) -- aren't small, cash-strapped companies. So why aren't Suncor's partners that supportive of a turnaround plan? The most likely reason is that these companies have other spending priorities.

One of the great challenges for Canadian oil companies right now is the lack of takeaway capacity in the form of oil pipelines. What's worse is that most of the proposed pipeline expansion projects have either been canceled (like Enbridge's Northern Gateway and TransCanada's Energy East) or are facing several political hurdles (like Trans Mountain and TransCanada's Keystone XL). Because of these capacity restrictions, the price of Canadian crude oil is about $52 a barrel, $18 less than U.S. benchmark prices.

For Exxon, it has plenty of other investment opportunities in places that can realize much higher prices, and the gains from a significant investment in Syncrude don't make much sense. Similarly, without pipelines to source this cheap feedstock for their Asian refineries and chemical plants, there isn't much incentive for CNOOC or Sinopec to pour much money into this project, either.

Should Suncor buy its way out of the mess?

For Suncor, though, there aren't a whole lot of other investment options. The completion of the Fort Hills oil sands facility in Alberta and the Hebron offshore oil platform near Newfoundland and Labrador means that the company has no new major capital projects in the wings for several years. Operational excellence at major production sources like Syncrude is the only real way to generate significant returns.

Perhaps the best way for the company to get the most out of this situation would be to acquire the remaining stake in Syncrude from its partners. Suncor might be able to acquire it without paying a significant premium, considering all the operational snags recently, the amount of money it wants to put into the facility, and the chance that pipeline constraints will continue for some time.

Also, upping its stake in Syncrude isn't something new for Suncor. Between 2016 and 2018, the company has consolidated ownership in Syncrude by acquiring 47% working interest in the facility from three previous partners. Clearly, Suncor wants to control this project, so it would make sense to have 100% ownership. 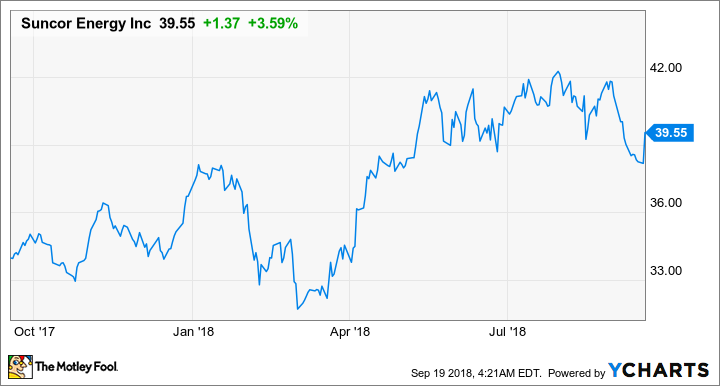 Syncrude is a crucial project for Suncor, and diverging from its partners on its plans for the facility could be troublesome. While management says it's confident that these issues will be resolved in time, there is always the possibility that disagreements on spending will happen again. That's especially true if additional pipeline capacity doesn't get built and Canadian oil struggles to get to centers of demand.

Acquiring the remaining stake in Syncrude is certainly a viable option if Suncor can come to terms with its partners, and would likely be the best way to solve this issue. For investors, though, having Suncor be unable to make the necessary investments on one of its most important projects is cause for concern.