One of the best ways to make money in REITs is to find a small one with top-flight management and then hold on as it creates value, compounding your returns over time. I think I've found one in Jernigan Capital (NYSE:JCAP), a relatively new player in the storage REIT subsector, and it takes advantage of a loophole in how small REITs are priced in the stock market.

Jernigan the company was founded by Jernigan the man, that is, Dean Jernigan, a longtime industry veteran, who has overseen the investment of more than $3 billion in the self-storage industry. He spent nearly two decades at Storage USA before moving to the CEO role at CubeSmart (NYSE:CUBE) in 2006. He closed out 2013 there but then moved on to head up his eponymous company. Since then, he's been building out the company with an unusual financing approach, which allows the company to find primo storage locations with attractive economics. 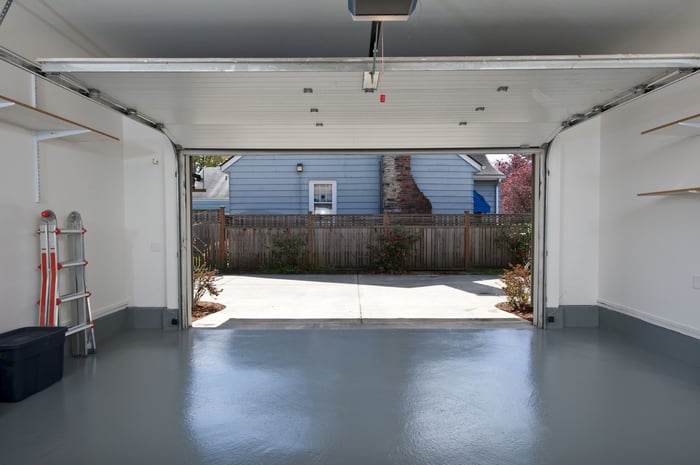 This approach helps the company pay an attractive dividend, which it will need to grow into, but if there's one red flag, it's that the company is externally managed. I'll explain why that's not a deal breaker.

Here's how Jernigan stacks up against peers in the storage space.

Jernigan is the runt of this litter, but that hasn't stopped it from amassing an attractive pipeline of real estate. Due to their much larger sizes, Public Storage and CubeSmart sport higher multiples to funds from operations (FFO) than Jernigan would have, given its much smaller size. And Extra Space is pretty much in the same boat -- all well-run competitors that are relatively large and somewhat constrained by their size, even as they have a better cost of financing for their assets than smaller players such as Jernigan do.

For the moment, Jernigan is primarily a financier of properties that are run by other companies, mostly CubeSmart, as of year-end 2017. In exchange for a lot of up-front funding, Jernigan obtains a portion of the asset's cash flow and the right to buy the storage property later. For example, the REIT loans between 90% and 97% of a facility's cost to a developer and receives up to a 49.9% profits interest in the facility as well as a right of first refusal to purchase the property. Jernigan focuses on the newest, most advanced buildings, typically 3 to 10 stories -- Generation V buildings -- located in submarkets of major urban areas. As the buildings lease up, Jernigan buys them and adds them to its stable.

This is an attractive business, and Jernigan gets to select from hundreds of properties that might fit its criteria and then select only the best. Dean Jernigan has even crowed about this on a recent conference call.

What does this mean from a practical standpoint? Take away that $41 million fair-value gain, and the company has about $7 million in cash to pay about $18 million in dividends on its preferred stock (which can be paid in stock) as well as nearly $27 million in common dividends on a run-rate basis. At a glance, the company cannot pay its financing from operating cash flow as it continues to grow its business.

This does not have to be a deal breaker, however, if the company can continue to grow its operating cash flow, sell off an asset or two to buy back its preferred stock, or issue more common stock (at a presumed funding rate of a $1.40 dividend annually) or some combination of all of these. As the company continues to take on more properties, its cash flow will continue to rise.

A better way to value the company right now might be on the basis of book value, and it's now trading at 107%, suggesting that the market is not assigning a whole lot of optimism to the stock. But here you need to trust management's appraisals of the properties (another reason it's so important to have a successful industry veteran at the helm). The company is seeing properties lease up much faster than it's underwritten, suggesting that the assets are in fact performing well. For example, by the end of the first quarter 2018, the company's Jacksonville property, opened in August 2016, was already 68% leased.

The current unsustainability of the dividend might be forgivable for some investors, given that there are other ways of dealing with it, but many investors will not tolerate a REIT that's externally managed, even if the management is led by Dean Jernigan as well as the company's COO.

The problem with many externally managed REITs, as many investors think, is that they don't align the incentives of the REIT with the management. Managers reap fees even if the business performs poorly. It's certainly a good reason to be wary of external management, but I think we have some reasons to be cautiously optimistic here beyond just the quality of management.

First, it's important to recognize that the company has already set up a process to internalize management, not typical for externally managed REITs. In Jernigan's case, the management contract ends definitively on March 31, 2023, after three, one-year renewal options, and the manager is required to provide a proposal to internalize the manager no fewer than 180 days before the end of the initial contract in 2020.

Second, the company has a default price for the internalization if the manager does not offer an alternative. That price is three times the sum of the base management fee and incentive fee during the prior 24-month period. For context, assuming 2018's fees only, that internalization would cost about $23 million, or 6% of the current market cap. However, expect that buyout number to increase as the company issues further equity to grow.

Is it worth an investment?

For the reasons outlined above, I think Jernigan is worth a speculative portion of your portfolio, say 1% to 2%. However, the dividend issue is fixable with time and growth, and there's already a default plan in place for the internalization of management. Jernigan has the potential to grow quickly, and greater investor confidence -- leading to a higher stock price and lower cost of capital -- will assist the company in expanding.