Is slow-moving inventory a sign of sales troubles ahead?

What happened with Thor Industries this quarter? 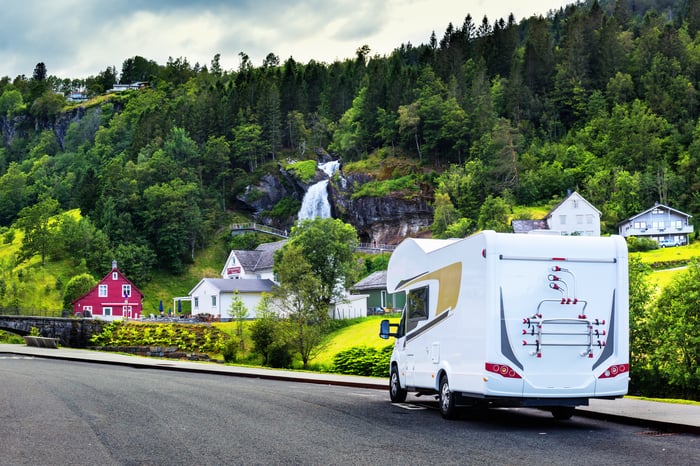 In the company's earnings press release, CEO Bob Martin pointed to the positive side of working with dealers to reduce excess inventory and the normalization of ordering patterns going forward:

As dealer orders, and our resulting production schedules, return to a more normalized pattern beginning in calendar 2019, we will continue to match production to our dealer needs, protect and seek to grow our space on dealer lots, ensure we provide high-quality, innovative products in all key price points with the features consumers are seeking and act aggressively to offset items pressuring our margins, whether from labor, tariffs, commodity increases or other sources.

Thor Industries doesn't issue quantitative earnings guidance, so CEO Martin's admonition above regarding the first two quarters of fiscal 2019, namely slower top-line growth and ongoing margin pressures, forms the basis of an uncertain outlook in the first half of the year.

Perhaps the biggest unknown shareholders face is the degree to which demand for Thor's vehicles might be waning. A reduction in backlog could result from many factors, as I explained earlier this year in a deeper analysis of Thor's order flow. But a rapidly declining backlog in conjunction with slow-moving dealer inventory could signal a more prolonged bout of sales weakness. Thor might well be the largest global RV enterprise by the end of the fiscal year once it closes its transaction with Erwin Hymer. But shareholders will have trouble visualizing the long-term benefits of the deal while their attention is held by a question mark hovering over demand in the company's core market.