Walmart (WMT -0.93%) just announced it is purchasing Cornershop, an online marketplace for on-demand delivery of groceries in Mexico and Chile. The deal is a modest sum for Walmart -- $225 million -- but based on what the king of retail has been able to accomplish in the last couple of years in the digital space, Cornershop could wind up being a cornerstone of the company's important Latin American business.

Cornershop is an online service akin to Instacart here in the U.S. It allows users to browse groceries from their local store and place an order. A personal shopper receives the order, gets the items at the store, and delivers the groceries within an hour. That costs the consumer a fee, but like other fast and convenient online retail services, it's all about convenience and saving time.

Also like Instacart, Cornershop is brand agnostic; users of the service can browse numerous chains. The list includes Superama -- one of Walmart's subsidiaries in Mexico -- as well as competitors like Costco (NASDAQ: COST). That in itself could be a good reason for Walmart to make this purchase, as even its competition's digital success would mean its success, too.

Mexico and Latin America are an important battleground on the retail front. Walmart has a lot to lose there, but it can stay ahead of the curve in that market rather than play catch-up like it has had to do elsewhere. 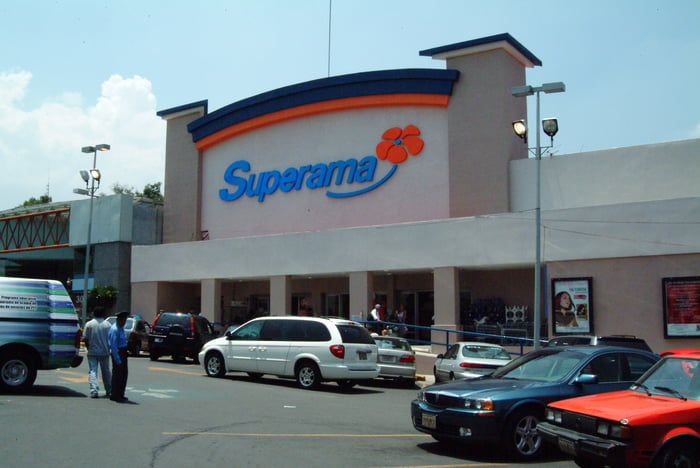 After falling behind online leader Amazon (NASDAQ: AMZN) in online sales in the U.S., Walmart was panned back in 2016 for dropping $3.3 billion on Jet.com. The company followed that up by acquiring a string of online clothing retailers and a same-day delivery technology start-up in 2017. Critics have been silenced. Those investments are paying off, with 40% e-commerce growth and 4.5% comparable-store growth during the second quarter of 2018 -- the strongest comp figures in more than a decade.

On the other side of the Pacific, Walmart has also been active in Asia as it tries to capture the spending dollars of a fast-growing middle class. Earlier in the year, the world's largest retailer took a 77% stake in India's largest e-retailer, Flipkart. Walmart has also been strengthening its partnerships with JD.Com (NASDAQ: JD) and Tencent Holdings (NASDAQOTH: TCEHY) as they battle China's largest retailer, Alibaba (NYSE: BABA).

Buried under all of this news, though, is the fact that Walmart's biggest business outside the U.S. is Mexico and the rest of Latin America. At last count, there were 11,735 stores worldwide, with 5,358 of those in the U.S. Of the 6,377 outside the U.S., 2,398 were in Mexico, 383 in Chile, 896 in other Latin American countries, and 452 in Portuguese-speaking Brazil. That means two-thirds of Walmart's international operations -- which brought in $29.5 billion in sales last quarter -- are in Central and South America.

And e-commerce is a big opportunity south of the border. In Mexico, for example, the online commerce industry only accounts for a low-single-digit percentage of the whole.

However, estimates put annualized growth in the 13%-a-year ballpark through 2022. That would make Mexico's online retail sales worth just shy of $17 billion a year in four years' time. Even for a company that does north of $120 billion in sales every quarter, acquiring a piece of that future pie would be significant. Chile is a much smaller market -- only 2% of Latin America's population lives there. Internet sales are growing north of 30%, though, and the total digital sales market is expected to hit $5 billion by the end of 2018.

With a price tag of just $225 million, Cornershop could be another Jet.com-like online retail acquisition aimed at Latin America's forgotten but fast-growing digital economy. While all the focus has been on Asia, the Cornershop purchase might pay off big just a short time down the road.