Marijuana legalization has created a brand new industry, and investors are trying to profit from the marijuana stocks that are best positioned to take advantage of new business opportunities. Between the dozens of U.S. states that allow marijuana sales for at least some purposes and the opening of the recreational marijuana market in Canada scheduled for mid-October, the investing world seems to believe that now is the time to pile into marijuana-related investments.

However, this isn't the first time that stocks in a particularly hot niche have soared. It was less than a year ago that bitcoin stocks were all the rage, with those companies specializing in the cryptocurrency space seeing explosive gains. Many people never bother to look back at overhyped areas once they fall out of fashion, but investors who put their hard-earned money into popular stocks often learn the hard way what can happen. 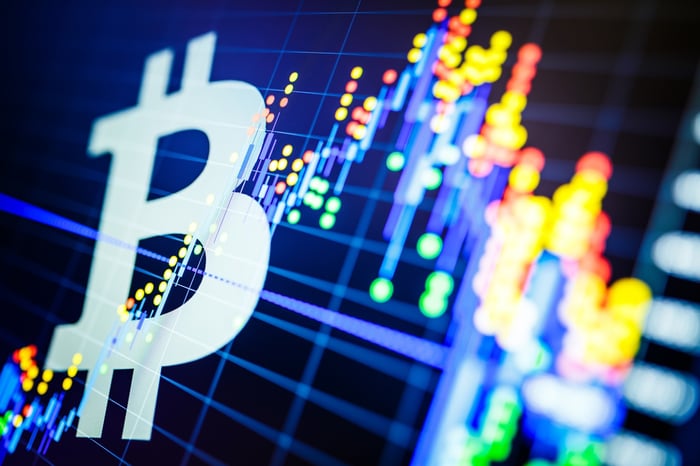 If you're tempted to invest in marijuana stocks, here are a few things you should know going in.

1. Limited supply and liquidity will cause turbulence.

Right now, a limited number of marijuana stocks is available to most investors. Many of the publicly traded marijuana production stocks, including Tilray (NASDAQ:TLRY), Cronos Group (NASDAQ:CRON), and Canopy Growth (NASDAQ:CGC), are headquartered in Canada and only became U.S. listed this year. Aurora Cannabis (NASDAQ:ACB) is just one of dozens of stocks that still don't have listings on major U.S. exchanges, making them available only on less liquid venues like the pink sheets and over-the-counter markets.

We've seen some massive moves in marijuana stocks like Tilray in recent days. Those gains stem from the fact that investors who want to invest in marijuana have limited options available to them.

That was definitely the case with many bitcoin stocks. In 2017, the top-performing bitcoin stocks were typically among the least liquid. That reversed itself in 2018, when those high flyers came crashing back to earth more abruptly than counterparts with greater trading liquidity. At least in Tilray's case, being listed on the Nasdaq Stock Market offers reasonable levels of liquidity, but if you choose shares of an unlisted stock instead, price swings could be even more severe -- in both directions.

2. Make sure any company you invest in actually knows something about marijuana.

Many companies are ready to pounce on any opportunity to participate in a highly hyped industry, even if it means an unrealistic apparent change in their business model. This phenomenon ran rampant with bitcoin in late 2017 and early 2018, with strategic shifts like biotech equipment maker Bioptix suddenly changing its name to Riot Blockchain (NASDAQ:RIOT) and announcing plans to shift its strategy toward cryptocurrency and blockchain. Riot has been one of the worst performers lately, losing 85% of its value in 2018 even as bitcoin's own declines have amounted to only about 50%. Long Blockchain, which was previously Long Island Iced Tea, has fared even worse, watching its share price plunge to penny-stock levels after a 95% drop in 2018.

The marijuana industry has seen the same phenomenon for years, with companies changing their names to adopt a more pot-friendly appearance. But when you look at these companies' financials -- if you can even find them -- you'll often see a lack of historical experience with cannabis and no reasonable expectation that its business model can compete against well-established players. That doesn't mean that all marijuana stocks are shady, but you do have to be on the lookout for companies that are more interested in trying to capitalize on a fad than in actually furthering the interests of their new industry.

3. There will be winners, but not necessarily where you expect.

Perhaps the most important lesson marijuana investors can learn from the bitcoin boom and bust is that success can come in unexpected places. As an investor, you have to be ready to look for secondary effects and how they can benefit companies that might not always seem related.

During the gold rush, a few stampeders won big, and most suffered huge losses. But one recipe for success was providing equipment like picks and gold pans for those seeking their fortunes. With bitcoin, that concept has helped propel NVIDIA (NASDAQ:NVDA) and Advanced Micro Devices (NASDAQ:AMD) higher, because their graphics processor chips are integral in successful cryptocurrency mining operations. Even as bitcoin prices have fallen, NVIDIA and AMD have continue to rise, in large part because they have much larger operations beyond cryptocurrency to support them.

The same could well be true for marijuana. Already, companies like Constellation Brands (NYSE:STZ) and Coca-Cola (NYSE:KO) are looking at ways to collaborate with partners in the marijuana production business. Players in the pharmaceutical industry as well as tobacco companies also see potential from working more closely with producers. In the long run, marijuana's surge could be a catalyst to deliver new growth to these well-established companies, making them safer plays than the production stocks.

Investors want to get rich from marijuana stocks, but past investing crazes have often left people wishing they hadn't fallen for the allure of get-rich-quick schemes. By taking past lessons to heart, you can avoid repeating those mistakes and improve your chances of being successful with your investments in the long run.