The $59.99 AmazonBasics microwave will look good in your place. You may not see it that way now, but let's talk about it over some heated-up scones in a year or two.

Amazon.com (AMZN 0.19%) unveiled a treasure trove of new products and gadgetry updates on Thursday, but the one item that seems to be turning the most heads is the AmazonBasics microwave. The $60 appliance hits the market in November, but it's already the best-selling countertop microwave on Amazon's website.

The microwave would seem to be the last thing one would expect Amazon to incorporate into its Alexa-fueled ecosystem. It's an appliance that requires manual attention, making voice-activated commands less necessary than, say, your home security system or media player. It's also a bulky item, something that will cost Amazon with its more than 100 million Prime customers in the form of subsidizes two-day shipping at no additional cost. However, don't be surprised if you find one -- if not more than one -- AmazonBasics microwave in your home before long. Let's go over the reasons why your purchase of a product making the rounds on late-night television as a joke is inevitable. 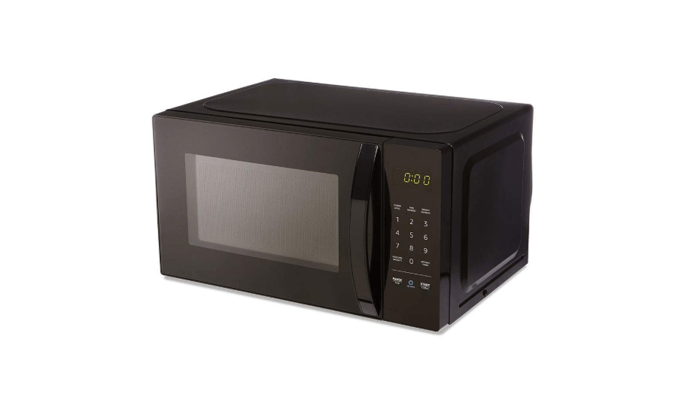 1. It's going to be the best bang for your buck

Every microwave manufacturer prices its appliances at a reasonable markup. Outside of clearance or overstock situations, the product's primary objective is to generate an incremental profit for the company. Amazon obviously plays by entirely different rules. It can afford to take a hit on hardware if it knows that it can make that back elsewhere.

The specs on the AmazonBasics microwave may not sway folks looking for a high-end speed cooker, but you probably won't find a better choice in the ballpark of its modest $59.99 price point. Amazon already has scaling advantages, and its products become irresistible when you know you're spending less than the sum of its assembled parts.

2. The price point makes it an impulse buy

I'm an accidental collector of Amazon gadgetry. The hardware just clings to me during the checkout process, and before long, I find myself in a home with an original Echo, Dot, Echo Show, and more Fire tablets than I'd care to count.

Decor-bent fashionistas are rightfully proclaiming the new Amazon microwave as an eyesore, one that won't fit into many kitchens. However, the svelte countertop nature of Amazon's entry is that it can fit in many other rooms. Why not keep a smart microwave with a stash of microwave popcorn bags nearby in the room where you do the most TV viewing. Why not heat up last night's coffee in the morning in your own in-bedroom microwave? Isn't it time to get a microwave in the den or home office? At $60, we're talking about the price of a video game for a fully functional microwave.

3. It's safe to go long the Echo ecosystem

The smart features rolling out at launch may not seem like game changers. What good is using Alexa to tell your microwave to heat up a baked potato or leftover pizza if you still have to get up to place the item into the appliance and then hover until it's done? The promised feature where it will order items when it imagines you're running low may seem more creepy and invasive than useful. I imagine I'm not the only home with Amazon "Dash" buttons that remain unused.

However, it's important not to judge a product based on where it is now. I have one of the original Echo devices, and I can assure you that it felt limiting at first. Amazon's own feature list for the AmazonBasics microwave spells out that this is an early bet on a product's evolution.

"Alexa is always getting smarter and adding new presets, features, and skills," Amazon explains, and since we're talking about software and skill updates it's not as if your $60 microwave will be obsolete like a three-year-old iPhone.

Amazon has made it clear that it's betting big on the Echo platform, making it an easy ecosystem to buy into at this point. Your microwave is a good deal now, but it will be a great deal in the future.