Although not too much has leaked out about Apple's 2019 iPhone lineup, I think it's safe to assume the company will introduce successors to all three of this year's models. We should expect to see, once again, at least two ultra-premium devices made from expensive materials that incorporate cutting-edge organic light-emitting diode (OLED) screens and the best hardware specifications of any iPhone.

When that happens, Apple probably won't discount the iPhone XS and XS Max. Instead, they're likely to be discontinued, just as Apple did with last year's iPhone X. Here's why. 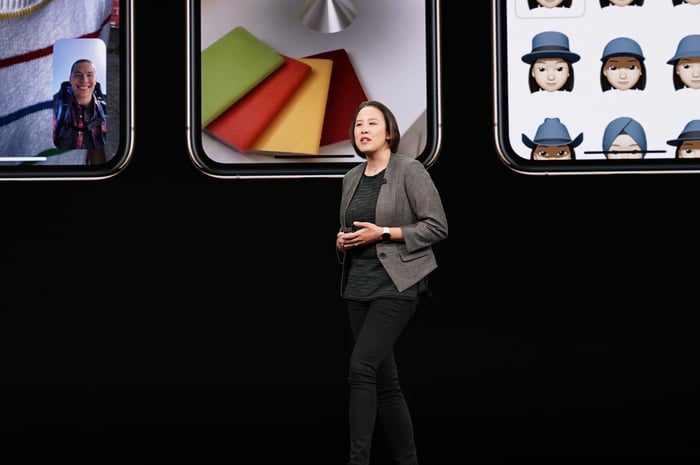 The iPhone XR likely will get a successor packed with many of the core technologies from the higher-end devices but with some sensible compromises to bring its cost structure in line with the lower asking prices for the device. At a minimum, I'd expect such a device to incorporate a next-generation A13 chip, faster cellular capabilities, and an upgraded rear-facing camera.

Such a device would be superior in a number of critical ways to this year's XS and XS Max. By then, each model would have year-old processors and cameras, so Apple would have a tough time trying to sell them at a price that makes sense for both Apple and its customers. In short, neither the XS nor the XS Max would be viable products in the next product cycle for the same reasons the iPhone X wouldn't have been viable in this one.

The one product that should persist in the next product cycle, with a suitable discount, is the iPhone XR. Apple wouldn't face any product positioning issues in relation to the superior XS and XS Max successors, but the company would need to ensure that the next-generation XR is sufficiently differentiated from the current one, to give customers a reason to upgrade.

One way I could see Apple doing that in the coming product cycle would be to endow the next-generation XR with, say, a dual camera system while giving the successors to the higher-end XS and XS Max a triple camera system.

A benefit to investors from discontinuing the previous year's premium iPhone models is that it could compel consumers to upgrade to pricier models. Now that last year's iPhone X has been discontinued, for example, customers who want an iPhone with a stainless steel casing and an OLED display are forced to go with the XS or XS Max. There's no cheaper option. Giving them no choice but to go with Apple's latest and priciest devices will help Apple maximize its iPhone revenue and profit.